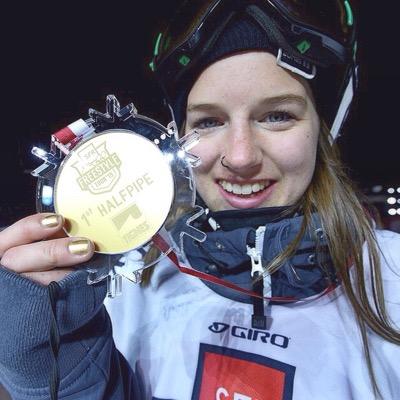 The Canadian Freestyle Ski team has unveiled its roster of athletes for this season and Comox’s Cassie Sharpe made the cut. Sharpe will compete on the women’s half-pipe team.

She’s one of 4 women on the half-pipe team. Last season, the 23-year-old won a World Championship silver medal. The season will include 2 domestic FIS Freestyle Ski World Cups for mogul athletes on January 23rd in Saint Côme, Quebec and on January 30th in Calgary.

Other competitions include X Games Aspen (January 26-31) and X Games Europe in Oslo, Norway (February 24-28). First up is the Dew Tour in Breckenridge, Colorado. That starts up on December 7th.

A full schedule for the Canadian Freestyle Ski team can be found at freestyleski.com/schedule/.