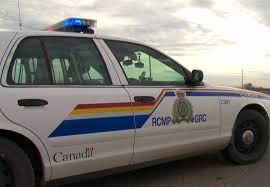 Mounties are again asking all road users to keep an eye out for each other.

Comox Valley Mounties have responded to four crashes in three days, including two pedestrians struck while in crosswalks.

One pedestrian was killed while the other is in hospital with serious injuries.

Constable Rob Gardner says both drivers and other road users need to watch out for each other.

Mounties are also investigating after cyclist was struck from behind in the Lazo road area and a skateboarder was struck in Downtown Courtenay.