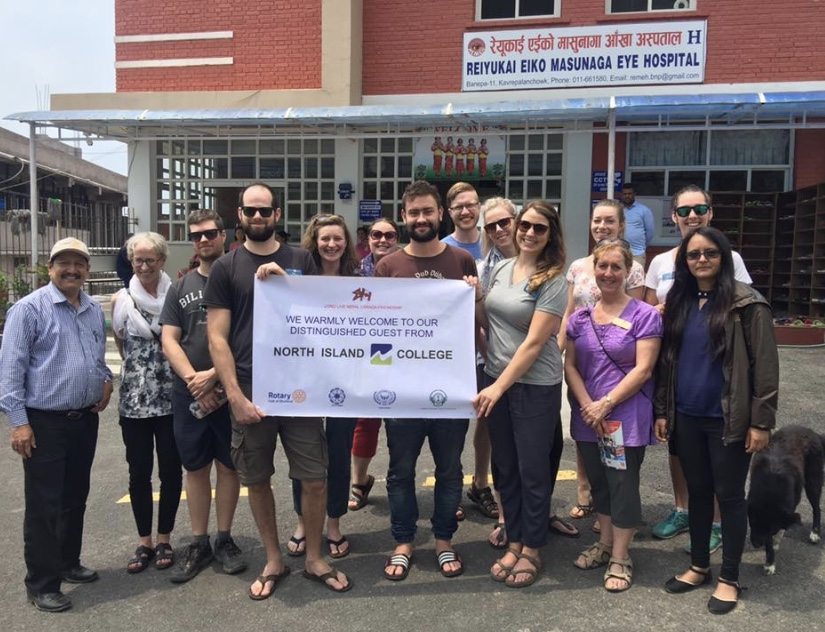 North Island College nursing students are back in Canada after a 40-day practicum in Nepal.

Niky Burnett says part of their work was to help malnourished children regain weight and work with kids and mother living with HIV.

“We went to aurobindo ashram/orphanage and we helped develop a health chart for children that previously had no health records because they grew up in some of the most horrific and poor conditions that you can imagine.” The students worked alongside community groups like the Nepal Youth Foundation, which provides educational support for caregivers and nutritional rehabilitation services to children experiencing malnutrition.

Josh Duncan says working in-depth with the community is something they don’t always get the chance to do during their studies in Canada.

“We were really working WITH the nurses and healthcare providers as opposed to kind of just stepping in and doing their job for them. It was a really enriching experience to get to work alongside them rather than imposing our [own] values and beliefs.”

Duncan adds that, “I think this has really influenced and put forward the idea more in the forefront in my mind that as much as you can travel and volunteer, sometimes it’s better to think globally and act locally as they say. I feel like I’ll be more involved more in global projects from our own backyard.”

“We got to see how other people in other parts of the world live, what nursing looks like over there and just generally what health looks like in a part of the world that’s developing. Nepal is an absolutely beautiful country in both its physical beauty and the people.”

Duncan, Burnett and other students will share their stories about the experience on Wednesday, October 18th at North Island College’s Comox Valley campus.

From Courtenay to Kathmandu: Nursing Students’ Experiences will begin at 7:00 PM in the Stan Hagen Theatre, with doors opening at 6:30. Admission is by donation to North Island College’s Global Learning Initiative.

Campfires to be banned as of noon on Thursday

Campfires to be banned as of noon on Thursday

Overnight closures on Highway 4 to begin this week

DFO asks boaters to keep their distance from marine life