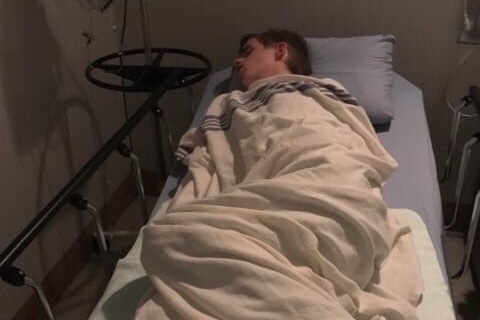 POWELL RIVER, B.C. – A Powell River teen has been airlifted to Vancouver.

Shawna Lamden Bennett’s 14-year-old son, Isaac, has low-functioning autism, according to a GoFundMe campaign started for the teen.

“About ten days ago, his (Isaac’s) school placed him in a bathroom while (he was) having a strong reaction and for several minutes, (Isaac) banged his head against a wall,” read a statement on the campaign page.

Up until Friday afternoon, Isaac had been awaiting an airlift to Vancouver.

According to an update from Shawna posted on the campaign page, Isaac was airlifted to the mainland on Dec. 14th.

Funds raised from the campaign will go towards Isaac’s treatment and “to future equipment to help make his environment safer”.