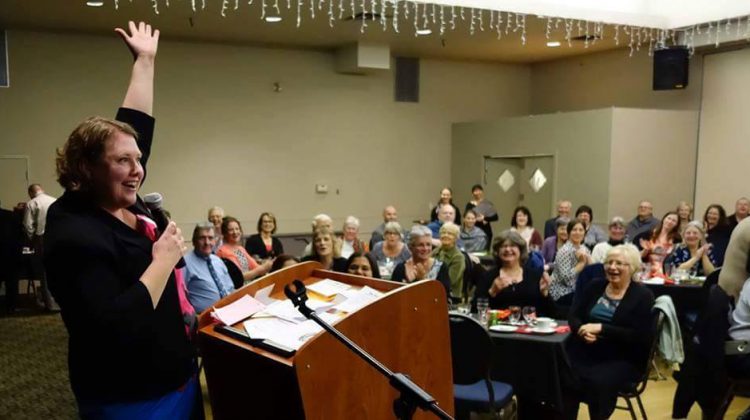 POWELL RIVER, B.C. – The Member of Parliament for the North Island-Powell River riding says 2018 was a busy, and productive year.

However, the NDP’s Rachel Blaney still has some concerns going into the new year.

Blaney spoke with Vista Radio about the housing crisis that’s affecting her riding, and the whole country.

“After the discussions that we’ve had and the issues that we’ve brought forward from rural and remote communities, and other communities across Canada, I was hoping to see a little more (recognition) in the (federal) budget. We didn’t see that.”

Additionally, Blaney said the lack of affordable housing has continued to have a negative impact on local small businesses.

“So many people are struggling with housing and we’re hearing it again and again from small businesses…just trying to hire people and trying to retain people and the issue is that they (potential employees) can’t find anywhere to live,” she said.

Blaney noted that one of the biggest challenges with housing is a lack of supply.

“When you have such high demand, and not enough houses to go around, obviously that can often result in the cost going up. Historically, we saw more of an investment, and I have to say the provincial government is stepping up and doing some projects that are really meaningful,” she explained.

“We want to see the federal government also stepping up. It’s been almost thirty years that there’s been as strong of a commitment as there used to be to making sure there’s different types of housing available.”

Blaney continues to push the importance of the National Housing Strategy. She said that housing is a “significant challenge” across the riding.

“What we want to see is that National Housing Strategy actually start to put some resources, especially into small, rural and remote communities. Often those are the communities left behind and I’m certainly fighting hard to make sure that they are not (left behind) so that there is more supply, and that demand doesn’t push the cost of housing so far up,” she said.

Blaney said she appreciates all the community groups that provide feedback to the government in order to raise awareness about the importance of housing. She also thanked constituents for forwarding their concerns to her office.

“We’ve had businesses call, we’ve had sectors call, we’ve had individuals come in and I bring all that information back to the (housing) minister and really push hard for them to start to see the flow of money. Ten per cent of their over 11-billion dollars they’ve promised, it’s just the tip of the iceberg. When you’re in a crisis now, it seems to make sense to me that you move the money sooner than later,” she said.

“Right now, what the minister is really asking is for people just to wait a little longer, when we need to see those houses as soon as we possibly can. It’s good for individuals, it’s good for communities and it’s also good for businesses and our economy. I think that’s something we really need to be mindful of.”

Blaney added that her office has also heard concerns from constituents about PharmaCare. She said many people are struggling to afford their medications.

“Just listening to a lot of seniors, and a lot of people facing very hard physical realities, the costs are just continuing to go up, with some of the trade deals that we’ve signed over the last while…I was hoping to see a little more of a plan and some funding behind it to move forward, but we’re just not seeing that,” she said.

The MP also touched on opportunities for big and small business owners.

“It’s really about updating the defense act. One of the things that’s in the defense act that I’m really concerned about is an archaic provision that makes self-harm a disciplinary offence,” she said.

“This really prevents men and women in uniform from coming forward and asking for help when they’re having feelings of depression and thoughts of potential suicide. So we were hoping to see that changed so that we could have people coming forward and sharing their needs, and getting the help and support that they need.”

Blaney said that in the Canadian Armed Forces, one member is lost due to self-harm every month.

“Unfortunately, that bill was in front of committee, we were hoping to see some meaningful discussion…we actually had a parent of a person who was in the military that committed suicide and tell their story. Sadly, the Liberals have withdrawn the support of moving this forward,” she said.

“That is really disappointing because we wanted to make sure that people get the support they need when they needed it, and get rid of that archaic provision.”

Blaney voiced her support of an agreement between the province and First Nations. 17 open-net fish farms are being shut down in the Broughton Archipelago to establish a farm-free mitigation corridor for wild salmon.

“We’re very excited to see something that’s been modeled for the world really, and for our country, which is bringing industry, Indigenous communities and government together, and creating solutions that work for everyone,” she said.

“This is definitely an important step in the right direction…this is a first step…protecting wild salmon is a priority for absolutely everyone, so hopefully this moves forward.”

Blaney is hosting an open house in Powell River this afternoon, and will be in Campbell River on Wednesday before taking a holiday break.