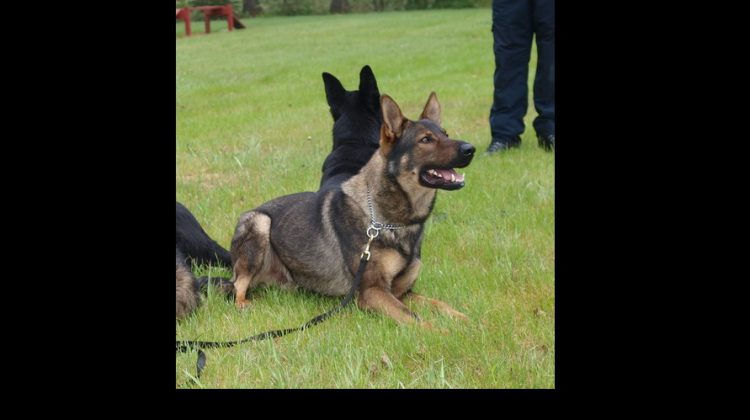 According to a notice from the detachment, during last Tuesday’s heavy snowfall, police were called in to help find a “distraught man” who was confused and believed men were chasing him.

The man’s family tried to take him to the hospital, but he fled on foot into a “heavily wooded area”.

“The family and police all had major concerns for his safety and well-being. It was snowing and the temperature was at 0 degrees Celsius. The man was only dressed in track pants, dress shoes and a coat,” said Corporal Ron Vlooswyk in the release.

The RCMP’s police service dog was called in for assistance.

Gator led police through dense bush covered in heavy, wet snow. The track then led into a field where it zig-zagged through 5 inches of snow, revealing that the man was struggling and was disorientated. After around 12:30 midnight, Gator located the man laying down in a depression covered in snow.

“He (the man) was extremely cold, couldn’t get up and was unable to speak clearly,” Vlooswyk said.

Police officers helped transfer him to ambulance personnel for immediate medical attention for hypothermia. He was wrapped in heated blankets and heat packs, then transported to hospital.

“The man fell into the depression and could not get out due to exhaustion and cold. He could not be seen by the officers,” said Vlooswyk.

“It is very unlikely he would have survived the night if Gator had not found him and had he not received medical attention from the ambulance attendants on scene.”