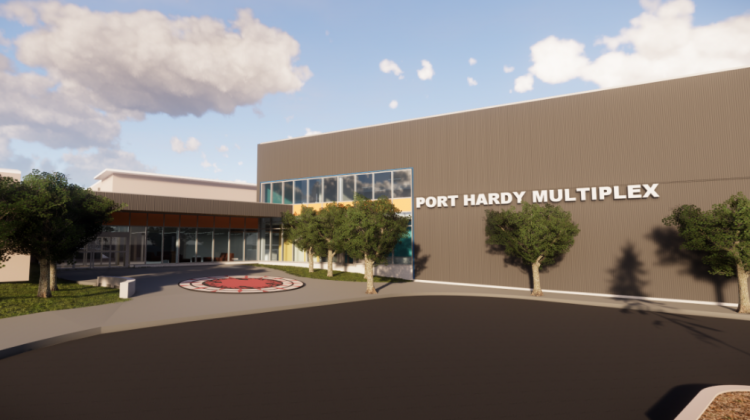 Concept image of the Port Hardy Multiplex, courtesy the District of Port Hardy.

PORT HARDY, B.C. – The Port Hardy multiplex project is in a state of limbo.

Last month, Mayor Dennis Dugas said that “the tenders for this project were more than 40 percent higher than anticipated and this has caused council to pause and re-evaluate the project”.

The multiplex will feature a new aquatic centre for the North Island, that will include a three-lane pool, lazy river, children’s play area, leisure pool, hot tub, sauna, and mezzanine.

An update meeting is slated for the end of this month. On Tuesday, January 29th, residents will be able to ask questions and hear an update on the future of the project.

The meeting is at 6:30 p.m. at the Civic Centre. Anyone unable to attend can watch a live stream on Facebook via @DistrictOfPortHardy.