BC Transit continues rolling out buses with CCTV 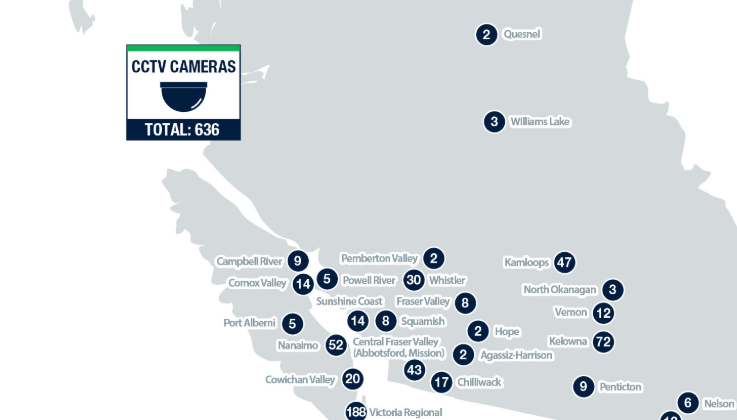 A map of where the cameras are and how many buses are equipped with the technology in each community, courtesy BC Transit.

VANCOUVER ISLAND, B.C. – There are now over 600 buses across the province that have closed-circuit television, or CCTV cameras installed on board.

BC Transit spokesperson, Jonathon Dyck says all the buses 2005 and newer have now been retrofitted with cameras and the rollout of CCTV cameras will continue in the fleet.

“As we get new buses into our fleet they come with CCTV cameras factory installed. So, as we continue to get replacement buses for some of ours that are starting to get older then we will have CCTV cameras on buses across the province.”

Dyck says since the pilot program started in 2015, BC Transit has used CCTV footage to support investigations almost 3,500 times and that includes over 360 police investigations.

He says it’s important, for privacy reasons, for people to know the cameras are not monitored in live time and the tape, which is only saved for 7 days, is only reviewed if there’s something of note.