Federal court rules that B.C. farmed salmon must be tested for PRV virus 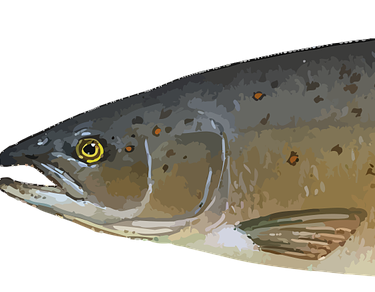 NORTHERN VANCOUVER ISLAND, B.C. – Salmon farmers are responding to the Federal Court’s recent decision to quash a Department of Fisheries and Oceans policy on farmed salmon.

According to a CBC report, marine activist Alexandra Morton sued the ministry along with the ‘Namgis First Nation, claiming that salmon being introduced to open pen facilities were not screened for piscine orthoreovirus (PRV), which can cause heart and muscle inflammation in infected fish.

On her website, Morton said that the “Honourable Mr. Justice Rennie handed down the decision that DFO has been unlawfully allowing the salmon farming industry to transfer farmed salmon into marine net pens that are carrying diseases with the potential to ‘severely impact’ the wild fishery at an international level.”

In an emailed statement, B.C. Salmon Farming Association (BCSFA) spokesperson Shawn Hall said the association has just received this decision and is reviewing it now.

“We look forward to seeing the outcome of the risk assessment the Canadian Scientific Advisory Secretariat is currently undertaking,” Hall said, in the statement.

“Supporting good science into the health of both wild and farm-raised salmon and working closely with First Nations and coastal communities are cornerstones of responsible salmon farming in B.C.”

Morton said on her website that “many scientists in Norway have published research showing that piscine reovirus causes the disease, HSMI, which is known to damage salmon hearts to the point that fish can barely move.”

She also claimed that the it is “critical” for the B.C. salmon fishing industry “to be allowed to use piscine reovirus infected fish, because they don’t have enough uninfected fish to be profitable.”

According to the CBC report, the DFO now has a four-month window to change the policy.

Peninsula Co-op matching up to $150,000 to support frontline healthcare