Courtenay shooting victim was shot in the “groin area”: witnesses 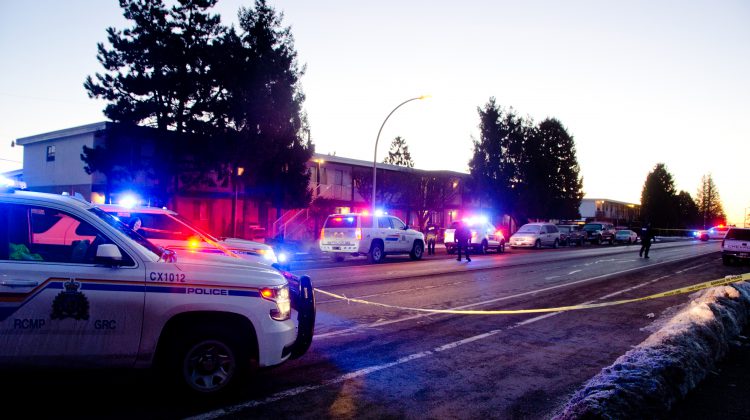 Police officers are seen outside the Park Place Apartments on the morning of February 21st, 2019. Photo by James Wood/98.9 The Goat/Vista Radio

COURTENAY, B.C- The investigation into a Courtenay shooting is continuing this morning.

A heavy police presence was seen from 6:30 outside of the Park Place Apartments along Fitzgerald Avenue, with yellow police tape closing the road at 21st Street and 19th Street. The route was re-opened by 8:30 a.m.

Police later confirmed there was a shooting at the complex, with officers actively investigating and gathering evidence.

A report from CHEK News and witnesses have indicated that one man was taken to hospital, conscious, after being shot in the groin area.

One witness told the MyComoxValleyNow.com newsroom that a loud bang had been heard early this morning, after which men had run to two vehicles while another man fell onto the ground.

Residents of the area came to the man’s assistance while emergency services made their way to the scene.

That information has not yet been confirmed by police, but as more official information becomes available, this article will be updated.