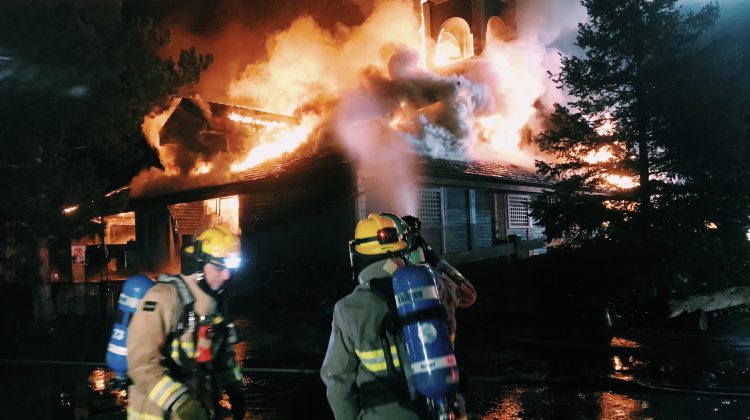 OYSTER RIVER, B.C. – The cause of the fire at Salmon Point Restaurant and Pub is being treated as suspicious.

This is according to Cpl. Ron Vlooswyk, spokesperson for the Campbell River RCMP. He said the fire is currently under investigation, and they can’t share details yet.

Reached for comment, owner Jim Flohr said the fire being viewed as suspicious was “news to him”, and that he was aware the origin point of the fire had been traced to the upper dining area of the restaurant.

As for the possibility of someone causing a fire at the restaurant, Flohr said he had no idea why anybody would try that.

The restaurant burned down last Friday, in an early morning fire. The blaze had required both the Oyster River and Campbell River fire departments to get it under control, and gutted the entire building.

The cause remains unknown.