Port Alice mural restoration to be done by local artist 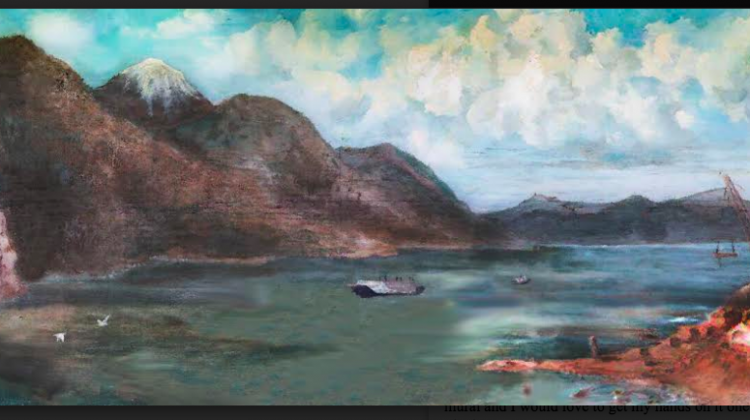 PORT ALICE, BC- A historic mural in Port Alice will shine again.

Local artist, Keith Pinel says he will be restoring the mural behind the Royal Canadian Legion in Port Alice.

“I actually first saw the mural when I was attending the Remembrance Day event last year. It (the mural)

was outside and was in drastically bad shape from the weather.”

The original artist was Frank Lewis, who has since passed on.

Pinel was inspired after taking in the 16-foot long mural.

“I noticed that and thought that is such a shame that, that is happening to the mural and I would love to get my hands on it one day and restore it,” said Pinel.

“Then I was approached by the Legion to actually restore it. Of course, I immediately jumped on the chance.”

The project was brought up to Pinel two months ago, but he was leaving town for a couple of months.

The mural itself is a scene of the Port Alice Inlet facing north.

“It’s just beautiful it has the mountains along the Inlet and a little logging truck to the side, it’s pretty much everything that is Port Alice,” said Pinel.

“It’s just an honour to do this for the community and the Legion. I am very happy and excited to do it.” said Pinel.