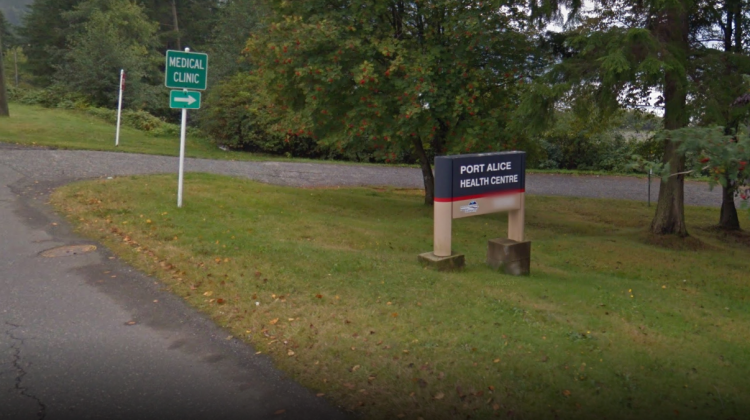 PORT ALICE, B.C – The Port Alice emergency healthcare room won’t be going anywhere, but some changes will be coming.

That’s according to an article submitted to the North Island Gazette, after the latest meeting of the Port Alice Health Forum Society.

The article indicated that the group met on May 7th, to discuss the outcome of talks between local authourities and Island Health about the fate of the centre.

Those discussions included some changes to the centre, but the main take away was that the emergency room will be left intact with all equipment to be left in place and stocked.

Changes coming include the introduction of a permanent social worker/counsellor position, which will operate at four days a week.

A home care system will operate seven days a week, including evenings.

A contractor has been hired to begin work in June installing the handicap doors and washroom.

Doctor’s hours have also been finalized, with the latest contract for Dr. Makenzie running until 2020. According to the article, his clinic hours will run from 8:30 a.m. to 4:30 p.m., Monday through Thursday, and will be on call from Sunday evening to Thursdays at 4:30 p.m.

The question of on-call RN nursing coverage for urgent and emergency care has been set aside to be discussed at a later time.

The next meeting of the health forum will be June 11th at 3 p.m in room 101 of the Port Alice Community Centre.

The MyTriportNow.com newsroom reached out to Island Health to confirm the details from the North Island Gazette article, with Island Health stating that everything outlined in the article was going to take place.

However, the health authourity pointed out that one detail about ambulance attendants remaining with the client was not something they would handle, as paramedic services are controlled by the provincial health services authourity.