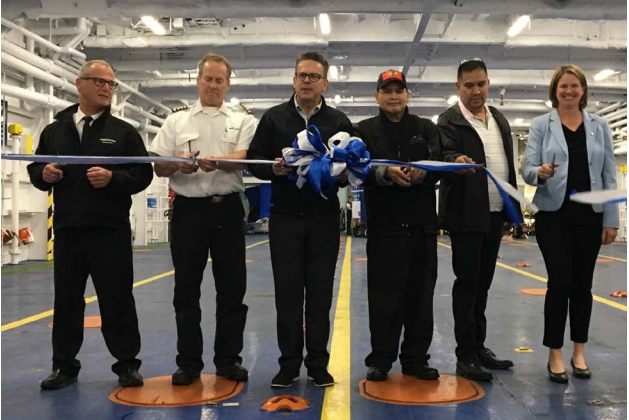 According to BC Ferries, the vessel’s first direct sailing took place on Monday.

The vessel underwent major renovations in 2017 before it was fit to sail this year.

Artwork that is featured on the Northern Sea Wolf was created by the Kwakiutl First Nation’s Richard Hunt, and Nuxalk Nation’s Danika Naccarella.

The artwork is displayed on the interior and exterior of the vessel for passengers to view, and profiles of the artists are available onboard.

According to BC Ferries, the ship was named in honour of a First Nations’ legend.

Vice President of Strategy and Community Engagement Mark Wilson says the new route will be great for everyone who plans to use the service.

“We are excited for the Northern Sea Wolf to start service on this important route connecting the Central Coast, and are proud to offer customers a breathtaking journey on board this ship. This vessel will provide safe and reliable service for these communities for years to come, and help drive tourism to the region,” said Wilson.

The 10 hour sailing between Port Hardy and Bella Coola will be in operation five times a week until October 10th of this year.