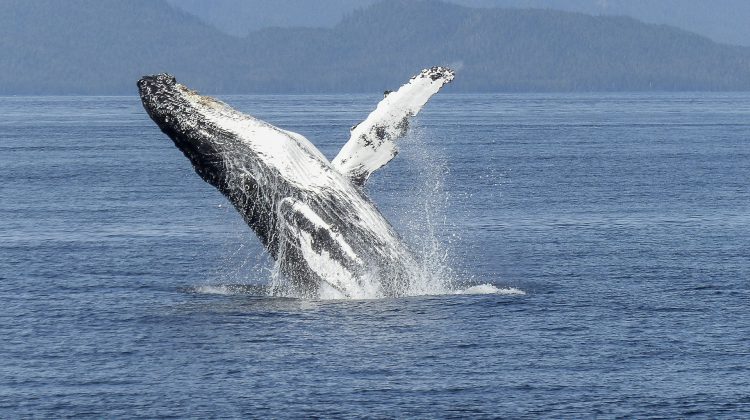 PHI the humpback is now in Washington waters.

She was seen in Victoria earlier in the week. The Marine Education and Research Society says the yellow rope wasn’t seen, but naturalists think it was just below the surface.

The rope could also be gone, but crews aren’t sure yet.

But now that she’s further down south, other crews will monitor the humpback and untangle her if needed.

MERS says the society is grateful for the awareness people raised through PHI’s unfortunate situation.

According to their research with the DFO, around 50% of whales are scarred because of rope entanglement, but the number is based on the survivors. It’s unknown how many die due to entanglement. MERS says that currently, the DFO’s marine mammal rescue is responding to other reports of whale entanglement from Haida Gwaii to the Salish Sea.

Should you see a whale or other marine mammal in distress in BC waters, you are asked to call the DFO Incident Line at 1-800-465-4336.

If you only have a radio, use VHF Channel 16 to alert the Coast Guard.