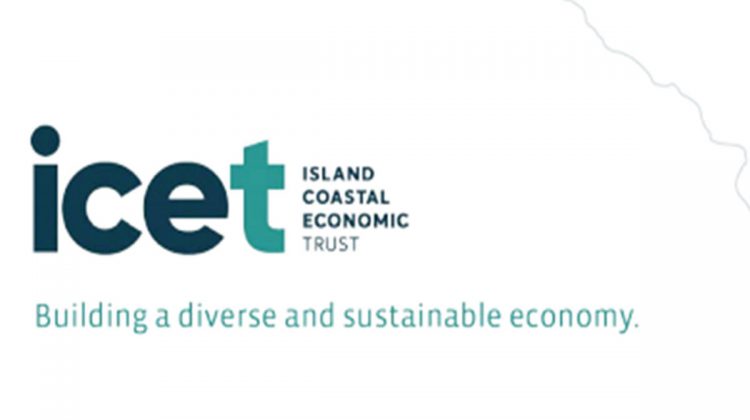 On Malcolm Island, the Sointula Museum and Historical Society will be building a viewing pavilion to display the Sturgeon I, a circa-1948 gillnet fishing boat. ICET says the fully restored vessel is a tangible representation of both the boat building and fishing industries that helped shape the region in the early and mid-20th century.

The viewing pavilion will feature construction in a traditional Finnish post-and-beam style – a nod to the Finns who came to Malcolm Island in 1901 – complemented with interpretive panels that tell the story of the Sturgeon I and boat building on Malcolm Island.

“The craftsmanship and detail in historical boats like the Sturgeon I attract enthusiasts from around the world and having a proper, permanent display and interpretive elements will boost visitor attraction and spending in our community,” said Kathy Gibler, Manager of the Sointula Museum.

In Quatsino Sound, an interpretive exhibit is also underway for the Hornsby Steam Crawler – a large iron tracked vehicle deployed in the early days of North Island forestry and mining, and a notable precursor to the military tank and bulldozer.

“Heritage artifacts provide complementary attractions for visitors coming to the area,” explained Pat English, Economic Development Officer for the Regional District of Mount Waddington. “But there is also a niche market of heritage enthusiasts who will travel great distances to get up close to artifacts such as these.”

The Hornsby Crawler project will become the central attraction in a heritage site being developed on the traditional territory of the Quatsino First Nation. Its location in Quatsino will ‘bookend’ a series of heritage sites, beginning with the heritage steam locomotive 113 site in Woss at the Nimpkish Valley Heritage Park.

“We’re seeing more heritage projects borne out of the region’s traditional industries and natural resources,” said ICET Chair Josie Osborne. “Collectively, these projects contribute to the potential for a ‘heritage trail’ creating year-round opportunities at historical points of interest in the North Island and throughout Vancouver Island.”

Both projects are underway, with ICET saying they’re expected to be finished early next year.