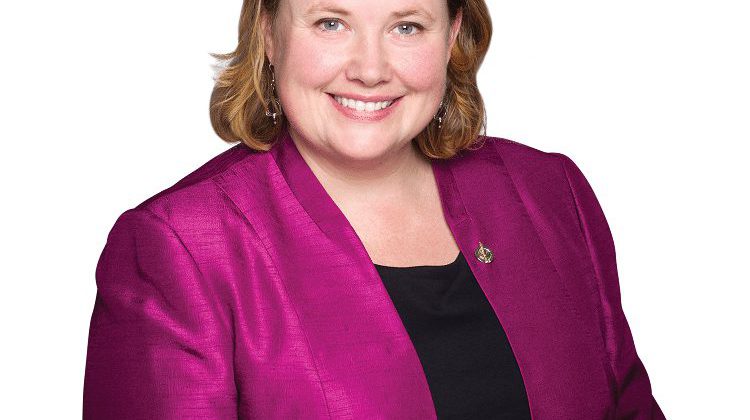 The 2019 federal election campaign is underway.

North Island-Powell River has five candidates in the race. One of those is NDP incumbent Rachel Blaney who has represented the riding since 2015.

When it comes to issues facing Canadians in this election, Blaney believes one of the biggest is the existential threat of climate change. If the NDP were to form government, Blaney says her party would take definitive action to combat that issue.

“I’m going to continue the work that I’ve been doing to fight for actual following of science. Our commitment from our party is that we want to keep the temperature rise lower than 1.5 degrees. That means a 50 per cent cut in emissions by 2030.”

“That office will actually be able to track how Canada is doing to meet those targets. Right now so many constituents are telling me we don’t know what’s happening, we want to see action. But it’s hard to measure it. So we want to make sure there’s an independent office that’s actually measuring those targets so we can see the action.”

The other part of the plan involves incentivizing people as much as possible to move to electric vehicles, and to “look at solutions that make sense for rural and remote communities.”

Blaney points out though that there does need to be that “little bit of that stick in the back” to ensure the country is meeting its emission reduction targets. She says an NDP government would also take steps to ensure communities and workers don’t get let left behind during the transition period to a cleaner economy.

“A lot of our strategy is about making sure we assess workers, skill sets, making sure there’s opportunities for them, so that we’re not leaving people behind. That’s important as we go through this transition, that we make sure that people have the work that they need to support their families. So it’s going to be a difficult time, but we’re ready to take on that task.”

Another issue facing Canadians this election is the question of a national pharmacare plan. Right now Canada is the only industrialized nation in the world that has universal healthcare, but no universal coverage program for prescription drugs.

According to Stats Canada, that leaves some 7.5 million Canadians without any form of coverage for their medicine. Blaney calls that “absolutely shameful” and says the NDP has been fighting for a pharmacare program. If elected, she says her party would get a national pharmacare program in place within the first year.

“Since I was elected four years ago I’ve sat down with many constituents who are talking about the lack of affordability of their medication. Some of them cutting their medication in half, some going without, meaning that they’re often put into emergency situations and they’re in the hospital to address that issue.”

Blaney points out this creates a problem not only for the healthcare system, but also for businesses who are constantly dealing with people who can’t afford their medication getting sick and frequently missing work.

The NDP plan, Blaney says, involves following the Parliamentary Budget Office’s report on pharmacare that showed if all the provinces and territories bulk buy medication together it would save Canadians over $4 billion.

She says not only would that save money, but also make medication that much more affordable.

Another issue that hits home for people who live in North Island-Powell River is protecting British Columbia’s coastal waters. The waters are both a source of recreation and business for many.

Blaney says a couple of things are needed to ensure their long-term sustainability. That includes a comprehensive strategy by the federal government that would see the Department of Fisheries and Oceans collaborating with Environment and Climate Change Canada.

“Right now we see responses here and there, we don’t know when they’re going to be done properly and it’s all fragmented. It isn’t really addressing the issue of bringing all the stakeholders, all the people who are living, playing and working on the ocean and saying how are we going to collaboratively work together to make a difference?”

Blaney says an NDP government would also implement a single-use plastic ban, pointing out that there is “way too much plastic in our ocean.”

“It’s getting into everything across this planet, so we need to get on that and we need to invest in innovation that’s going to help the ocean. There’s some great science happening, even in our own riding of North Island-Powell River. People doing great research. What we need to do is make sure that research is connected with the policymakers so that we see the policy change to reflect the needs.”

Blaney referred to this year’s recreational chinook fishery limits as evidence of work needing to be done to protect our coastal waters.

“I would be fighting hard to make sure we all have a voice at the table and that we’re protecting the ocean because the wildlife that lives in that ocean, if it’s not healthy the rest of the planet isn’t healthy.”

With income inequality continuing to grow, Blaney says she hears from her low and middle income constituents across the riding. They tell her they’re struggling as their wages are staying stagnant while the cost of everything else is increasing.

According to Canadian Business, the combined wealth of the richest five people in Canada is equal to the worth of the bottom 11 million. The richest of those is Galen Weston Sr. Weston, who is worth an estimated US$10.04 billion, owns the controlling interest in Loblaw Companies.

To highlight the issue of wealth and income inequality, Blaney pointed out that back in April the current Liberal government gave over $12 million to Loblaw to help the grocery giant install more energy efficient refrigerators.

“When I think of how many small businesses across our riding could do with a little bit of help to take the next step to be more energy efficient, to help them build their businesses that would make such a big difference in our communities, I think it’s shameful we’re giving the richest people the benefits and we’re not giving it to the everyday, hard working Canadians,” observed Blaney.

If elected Blaney says the NDP plan to deal with income and wealth inequality involves eliminating interest on student loans and ensuring the wealthiest are paying their fair share of taxes.

“There are reports in Canada talking about how middle income earners are spending more in taxes than the most wealthy in this country, and I think that is absolutely wrong. So we would go after those tax loopholes, we would go after people who are hiding money in other countries, and make sure they’re paying their fair share.”

The other part of the NDP plan is to introduce a “massive wealth tax.” That’s an additional one per cent tax on Canadians who have assets totalling more than $20 million, and committing to getting 500,000 housing units built over the next 10 years across Canada.

When asked what one other issue was important to her, Blaney brought up the way veterans are being treated in this country.

“As a person who worked on Veterans Affairs for the last several months I’ve heard loudly and clearly from veterans that they’re still struggling to get their basic needs met. So we have made a commitment in our party to have more people on the phone and in the communities delivering services directly.”

Blaney says too often veterans are bounced around from case manager to case manager. The other thing the NDP is committed to, Blaney says, is ensuring Veterans Affairs automatically accepts the medical reports from the military for those who are released for medical reasons. As it stands now those released medically have to prove to Veterans Affairs that they do indeed have a medical issue.

“As you transition from the military to civilian life it’s important you get the supports that you need, and right now there are a lot of issues through that transition.”

“I am very committed to working and making sure our veterans get treated with the respect they deserve.”