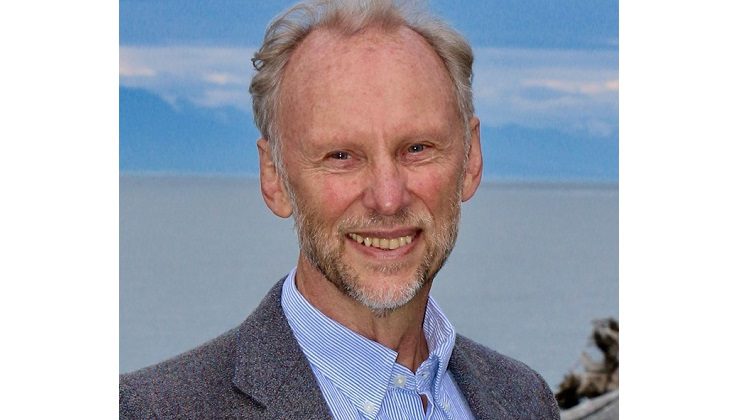 The 2019 election campaign is in its second week.

There are five candidates for voters to choose from in North Island-Powell River. One of those is the Green Party’s Mark de Bruijn.

Of the issues facing voters in this election is the existential threat of climate change. de Bruijn says among the steps his party would take, if elected, to fight climate change is forming an inter-party “inner cabinet” that would oversee all other cabinets in government.

“So that whatever ministries, transport, or human resources or energy, or whatever it all comes to focus in the inner climate cabinet, and so all decisions and policies and expenditures are seen through that lens to determine how they help support the effort to combat greenhouse gas emissions and global warming.”

On the heels of forming that cabinet, de Bruijn says a Green government would also form “an inter-governmental round table where not only the federal and provincial governments get together, but also the municipal governments, and the Indigenous governments on an equal basis.”

That cabinet would have “no leader, nobody is calling the shots” and would be designed, de Bruijn says, to foster true collaboration among the various levels of government.

“It’s municipal governments and Indigenous people that suffer on the ground more with the effects of climate and end up having to deal with the effects like local fires and floods or drought, and so the feds can play a major role in policy-making and in funding and the provinces as well, but we all have to work together.”

de Bruijn says that would be a Green Party government’s beginning steps and beyond that would it could “very aggressively” start the transition away from fossil fuels and promoting green energy and a green economy “in all areas.”

When asked about a national pharmacare plan, de Bruijn was clear and concise.

“As a core piece of our platform, we are fully supportive of a national single-payer pharmacare system as an extension of our medical system. We also want to have a dental care program for people with low incomes.”

Canada is the only industrialized country in the world that has a national healthcare plan but no national pharmacare plan for prescription drugs to go along with it. When it comes to protecting British Columbia’s coastal waters, de Bruijn is pleased with one thing that’s already happened.

“We’ve got the tanker ban finally in place and we would do everything we can to make sure that is honoured and not changed in any way. That’s on the north coast.”

“Mostly because of the horrific addition it would make to greenhouse gas emissions, but also the potential of tankers up and down the coast carrying LNG. Definitely we are opposed and have always been to any kind of bitumen shipment. That’s a far, far worse potential problem than LNG. So we would continue to vigorously oppose that. Just on the environmental stance, and nevermind the greenhouse gas emissions that bitumen will release when it’s burned, wherever it’s burned in the world.”

“We want to pull fish farms out of the ocean, out of the migratory routes of our native salmon and move them onto a land-based system with closed containment. Virtually all workers working on the present system of open-net, open ocean systems would be employed in the land-based systems that we want to develop to replace them.”

de Bruijn calls those the “main things” when it comes to protecting the coastal waters, but also points out the “species at risk end of things too.”

“Protecting the orca, and everything we can do to rehabilitate the salmon population. A lot of that is out of our control, they are seriously being affected by ocean acidity, and the temperature rises to which salmon are extremely sensitive, but definitely fish farms exacerbate that. We need them out of the water.

“There are other matters like logging practices that increase sedimentation, mining practices that also do that, and contaminate the watershed. So all of those things need to be seriously re-examined and new approaches put in place to enhance and ensure the survival of our marine environment, particularly the salmon.”

If it were to form the next government de Bruijn says the Greens have a plan to address the growing income and wealth gap.

“Income inequality has been greatly, greatly, exacerbated by neoliberal policies and globalization. The Green Party is not at all against economics or capitalism, but we do not think that neoliberal capitalism has any place in the future. So we want to much more stringently regulate and tax transnational, multinational corporations. I believe that currently, they pay about 15 per cent tax. We want to increase that ASAP to 21 per cent so that they pump a much more fair share of their profits back into our country.”

He added that night now those profits leave Canada and are dispersed amongst shareholders or are hoarded by the companies all around the world.

“That is Canadian wealth that is being lost. In the longer term, the Greens are very eager to work with all parties towards a guaranteed livable income that all Canadians would receive. This would go a very long way to eliminating poverty and lowering income stress in families and improve the great inequity in social status and economic status among Canadians.”

de Bruijn calls that a “large project” and the plan would be to have it in place by 2050.

When asked what one other issue he feels strongly about, de Bruijn brought up the lack of trust and faith people have in their government.

“We have been sliding for a long time more and more towards corporate capture of our government, our regulatory agencies, whether it’s Health Canada, or the CRTC, or Agriculture Canada, they’re all pretty much in the grips of large, multinational corporations. Big pharma, big ag, fertilizer and chemical companies, telecoms and so on and the regulations they function under, those agencies, are largely dictated to them by these corporations. So that needs to end.”

de Bruijn added that he believes this does a disservice to democracy, that it deteriorates it and turns people off of politics.

“It contributes hugely to low voter turnout, people feel their votes don’t count. So the Green Party is very vociferous, always has been, about going to a proportional representation system of some kind for the way we elect our government and to corral and control these multinationals.

“That’s probably the brief answer to this huge issue of the erosion of democracy, and the turn off of people and the lack of faith they have in their government.”