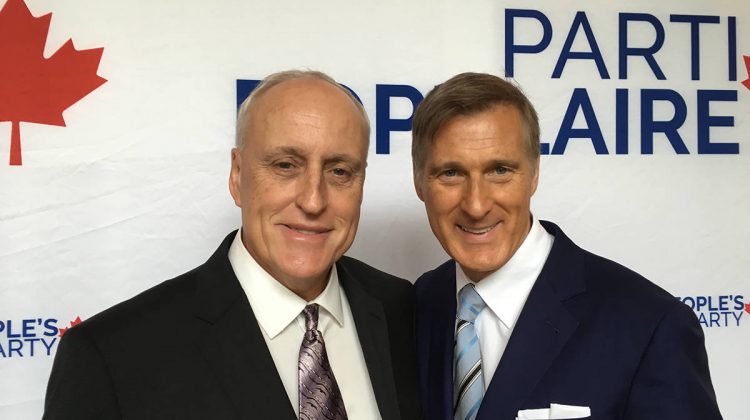 Brian Rundle is one of the candidates for the North Island-Powell River riding. (sourced from the People's Party of Canada site)

The 2019 campaign election is moving along and is now in its second week.

Climate change is top of mind for a lot of Canadians, but Rundle says it’s not actually an urgent matter.

“Climate change is actually happening and will continue to happen but as far as a climate emergency that we have to take some action, we feel that is a narrative that is not based on actual science that shows what’s happening,” Rundle said.

Rundle says the PPC proposes that the federal carbon tax be removed, as well as withdrawing Canada from the Paris Climate Agreement. He cites that developing countries are “allowed” to pollute until 2030 as Canada and other countries pay into the climate fund is one of the reasons to pull out of it.

He acknowledges his and the party’s view on climate is different, but he asserts their view is based on science.

With respect to pharmacare, Rundle says the PPC aims to give provincial governments more jurisdiction over it. He says the party will do this by collecting the GST and turning it over to each province so they can have the ability to work out how best to manage their healthcare needs.

“Specifically, we’re not doing a pharmaceutical healthcare plan, that would be left to each provincial government to do, but we would provide the resources to them to make those priorities, if that’s what they want to do,” he said.

He adds that in other parts of the world, private and public healthcare plans are brought together that allow financing which then reduces waiting lists for healthcare and pharmaceutical plans. He says the party’s policy is to give the provinces resources to do as they see fit.

When asked about what the PPC would do to ensure long-term sustainability along BC’s coast, as well as to protect it, Rundle says the party wants the Department of Fisheries and Oceans to have enough resources to supervise marine traffic and enhance safety procedures. He says the party also encourages a holistic view of fisheries.

“There are a couple of fisheries that are in danger right now. And I think the problem is the seal population has expanded. You have to look at the whole picture to figure out what things need to be done,” he said.

“We would advocate for more of a holistic approach, so that one would mean we would have culls of seals and things like that that could actually be implemented to bring this stewardship into better balance.”

There has been a growing gap between income and wealth in the country and Rundle says the PPC’s plan is to give people the resource to live properly by having a good economy.

“We would like to encourage for investment, including foreign investments and create an environment that would be conducive to that so that we could actually have a productive way for people to actually earn money instead of working for these marginal jobs that pay no wages and so on. Create high-paying jobs that have benefits and pensions and things that would allow them to buy a house. And to do that, we need to have a good economy.”

“So to do this, we would like to work on reducing the inter-provincial trade barriers and encourage trade between provinces with various things like the Quebec hydro to be sold throughout the country as well as  oil and gas from Alberta to flow to Eastern Canada and things like this so these projects would actually be good for economic development projects and create good-paying jobs.”

When asked about other issues that he and the rest of the People’s Party of Canada are looking at, he says they are looking at supply management in the country and how this has affected dairy, poultry, and egg pricing.

“One of our platforms is supply management, which is sort of a misnomer term. It’s really a cartel for dairy, eggs, and chicken market and how they’re produced and sold… so we want to end the supply management cartel, which means we would do this fairly by buying back the quotas from farmers,” Rundle said.

Canadians go to the polls on October 21st.