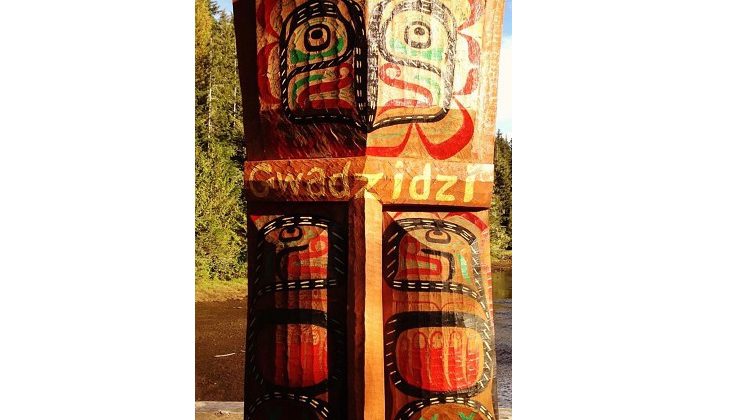 This carving was reportedly stolen, but it turns out it was just moved to another building. (supplied by the RCMP)

The RCMP is investigating the theft of an Indigenous carving.

Officers were called to the Port Hardy District office yesterday where it was reported the piece had gone missing sometime during the previous week.

It was later found at the Port Hardy Estuary on Hardy Bay Road. The RCMP says it appeared to have been ripped off its platform.