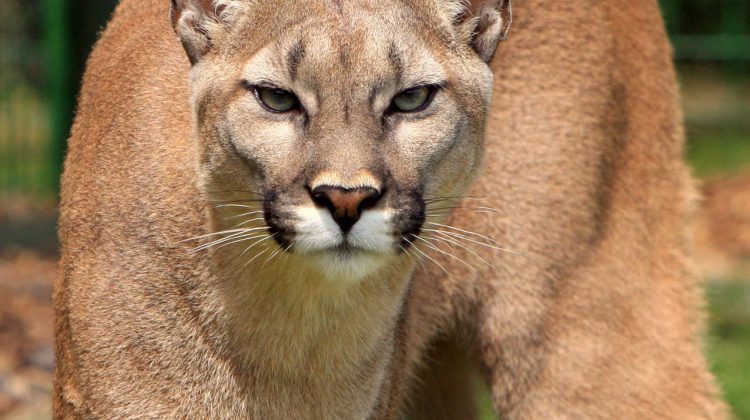 Stock image of a cougar. (Photo supplied by Pexels.com)

She says she let her 18-year-old cat Jinx out for no more than 30 seconds Saturday night before a cougar attacked and killed her.

“I shut the door and I honestly don’t remember what I did for 30 seconds but I went and did something, came back to check the door again and when I opened the door this large cougar pounced on my doorstep, grabbed her and jumped off my porch right below my bedroom window and proceeded to kill her,” said Reid.

She says it was horrifying to hear her cat scream as she tried to figure out what to do.

“I don’t know what to do. I’ve hunted for a long time and I thought of getting the phone and calling the conservation officer.”

She says she called the CO service and they said they would try to get ahold of someone.

In the meantime, Reid says the RCMP showed up to help with the situation.

“The cops came and had both their guns out with the lights on the cougar. One cop kept saying I have a clear shot and so he called in and apparently he wasn’t allowed to shoot it.”

“They were there for about two hours watching this cougar 20 feet from them and they must’ve got word back so they threw a couple of rocks at it to try and get it going. It took forever and it got up walked probably 10 feet into the bushes,” Reid added.

Reid said the Conservation Officer Service told her no one was available to help at the time and in the morning the cat returned to her property.

“It was about 4:00am when my husband got up to go hunting and he opened the front door and the cougar was sitting at the bottom of the stairs staring at my husband.”

She also told the MyComoxValleyNow.com newsroom that the CO’s got back to her Sunday and told her that no one would be coming because they believed ‘it’s gone now.”

She says the whole experience has left her scarred.

“What I witnessed was horrific, I’m having nightmares and I can’t sleep, I am beyond upset. That could’ve been me walking out, it was 8:00pm at night.”