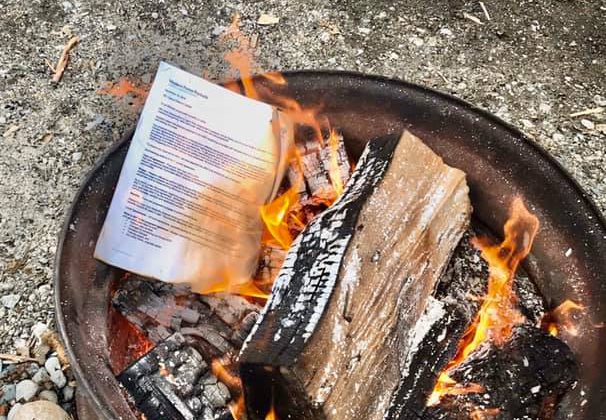 This comes after the company sent a letter to its employees after talks once again have broken down between the two sides, with no future mediation dates scheduled.

Don Demens, the president of CEO of Western Forest Products, says the company tabled a fair offer with the goal of ending the strike and getting people back to work. The offer was a five-year deal that included a $2,000 signing bonus and wage increases of two per cent per year for the first four years and 2.5% in the fifth year.

Demens says the company also dropped pension plan alternatives that the union previously opposed and all remaining proposals the union opposed including “modernizing agreements dating back to 1986 which would support future employment.”

The union released a scathing rebuke in response.

USW Local 1-1937 says it is unfortunate, but not surprising, that WFP walked away from the bargaining table again. The union also called today’s letter a failed attempt to undermine the workers’ solidarity.

It called the offer both weak and bare bones, said it didn’t address numerous member proposals including appropriate wages, benefits, alternate shifts or introducing a boot allowance. In rejecting the offer today the union went on to say that WFP has just wasted time with an offer it had already rejected before.

The strike, which affects roughly 3,000 workers, has been ongoing since Canada Day.