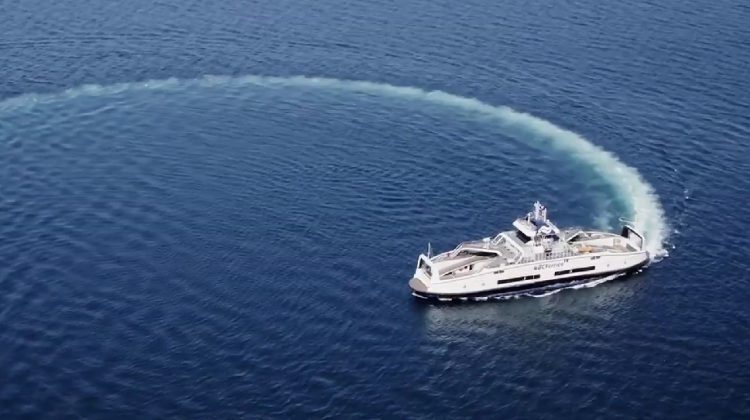 One of the new Island class ferries (supplied by BC Ferries)

BC Ferries’ first two hybrid electric Island Class ferries are on their way to British Columbia.

They left Constanta in Romania today. The ships will be deployed on the Powell River – Texada Island and Port McNeill – Alert Bay – Sointula routes by mid-2020.

The new ferries are being brought across the Atlantic, a journey of 10,305 nautical miles on a semi-submersible vessel. The journey is expected to take between 40 and 45 days depending on the weather.

There’s going to be one stop either before or after they go through the Panama Canal and then sailing up the west coast of North America.

To load the ships, the semi-submersible transport partially submerges, which allows the two ferries to be gently floated into place. Once in position, the delivery vessel is refloated by pumping water out of its ballast tanks, the cargo secured and then it’s ready for departure.

If you want to follow along on the ships’ journey, you can track the progress including course, position and speed at vesselfinder.com. The delivery ship is named Sun Rise.

CERB being expanded to include more workers