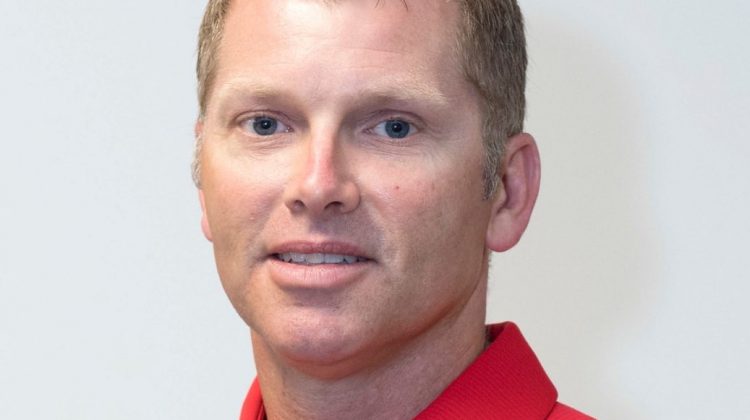 Comox's Rock Ferland will be representing Canada in three sports at the Invictus Games, taking place at The Hague, Netherlands from May 9th to 16th. (Supplied by Rock Ferland)

The Invictus Games is a Comox military man’s next calling.

Rock Ferland will be representing Canada at the games, taking place at The Hague, Netherlands from May 9th to 16th.

The 48-year-old father of four sons says that he feels honoured to be selected for the  multi-day sporting competition for wounded, injured and sick servicemen and women, both serving members and veterans.

“We already met Team Canada, the 32 members who have been selected, and just that was an inspiration,” Ferland said. “You kind of see how much struggle they go through. So it kind of puts your life in perspective and realize that it’s not that bad and it could be worse.”

He’ll be competing in cycling, athletics and wheelchair rugby.

Ferland has been an active member of the Canadian Armed Forces for nearly three decades.

Originally an avioniques technician,  he was deployed on the HMCS Ville de Québec, Winnipeg, Iroquois and Fredericton, taking care of the maintenance on the Sea King helicopter with 27 months of sea time.

He also worked on Griffon helicopters for five years as part of 430 TACHEL Squadron.

At 19 Wing Comox, he was the 19 AMS Squadron air maintenance superintendent, and a second line maintenance unit who repairs and inspect equipment for several different aircrafts.

Ferland also volunteered to deploy to Kuwait for a six-month tour, acting as the Squadron Warrant Officer for the combined Air Department that included three different air platforms.

He said the military lifestyle has not always been easy, “but’s it’s one that I have taken great pride in being a part of.”

After suffering a series of neck and head injuries over the course of my career, Ferland said he’s at a point where he can’t carry on his duties and will be released from the military due to medical complications.

“I usually wake up in the morning with a headache,” he said.

“If I get moving and try to get busy without using my brain too much, I’m able to go through a day.”

Now, Ferland said it’s time for him to focus on my physical recovery and mental wellness “and get back to normal life.”

As part of this recovery, he applied to represent Canada at the games.

He was surprised to be selected.

“I put my application in, thinking that there’s no chance I’ll be selected. The games for me is more for people who are missing an arm or a leg or severely (have) PTSD (post traumatic stress disorder), anyway so I applied,” Ferland said.

“They asked a few questions about why you should be selected. I filled up all the boxes, I used the maximum amount of characters that I was allowed and I guess my application was well done because I got selected. I was shocked when I got the news and then I started training last year about this time, thinking, ‘Okay, even if I don’t get selected, at least I’ll  be in better shape and getting some positive in my life.”

Ferland also knows that training is going to consume much of his life between now and May 2020.

He said sports have always been a huge part of his life, and since he suffered a significant injury in January 2018, he said it has been taken away from his daily life.

“My selection to the Games is giving me something to hang on and to look forward to (doing),” Ferland said.

Ferland said he’s been a competitor most of his life, playing hockey to a “high calibre.”

He said wants to do his country, and his family, proud in the Netherlands.

“I want to be there and perform well and show my family that if you work towards a goal, you can achieve it,” he said. “Having four young boys, they’re looking up at what I’m doing, what I’m going through, and when I’m there I want to at least do my best.”

Ferland wants to share the games experience with his entire family, which is why he launched a GoFundMe page, so they can travel to the Netherlands to watch him compete.

With the size of my family the cost related with bringing three extra family members will be just over $10,000 without any airfare.

Also, competing at the international level requires specialized equipment that can get expensive, especially when it comes to cycling.

Grants cover $1,000 towards equipment and the participant have to pay the balance of the costs.

“They allow two family members/friends to come with the athlete and anybody extra, I have to pay for it, so I have three kids that are coming with the full fare package and so that brings a lot of stress on the family budget, and now we are trying to reach out to the community and see how much help we can get.”

Link to the GoFundMe page here.