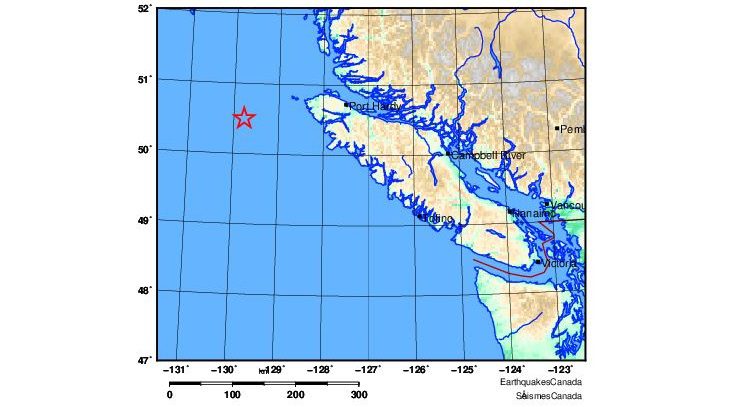 The series of seismic events all happened off the northwest coast of Vancouver Island today. Although none of them led to a tsunami warning, they did get progressively stronger.

Each one originated roughly five kilometres deep and more than 100 kilometres away from Port Hardy. Earthquakes Canada says the first happened at 8:44am west, registering a magnitude of 5.1.

There are no reports of any damage.

‘This has to stop’: mom weighs in on overdose crisis

Vancouver Island ‘considerably below’ average for forest fires this year