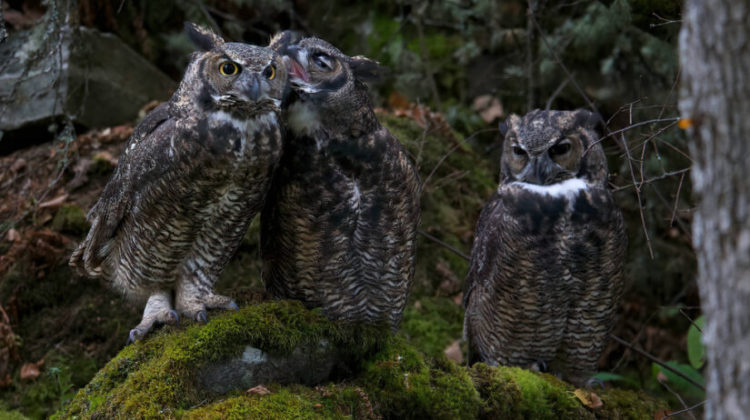 Photo provided by the BCSPCA

The BCSPCA says with the cooler weather rolling in, and the lack of daylight hours this time of year, it sees an increase of owl patients at its Wild Animal Rehabilitation Centre.

“As the days get shorter and people commute to and from work in the dark, nocturnal animals like owls are also active at these times, hunting near roadsides for small rodents like mice and shrews,” says Wallace.

“As a result, they are at higher risk from vehicle collisions during this time of year, and we encourage those on the road to exercise extra caution when driving.”

It’s an effect that Wild ARC says it continues to see year after year. 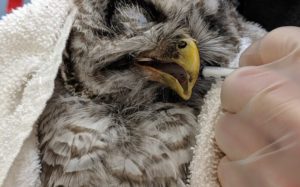 Last year, the organization says this barred owl was found lying still at the side of the road near Nanaimo and was believed to be struck by a car while trying to find food. The owl suffered head trauma and a fractured leg, and like many other owls in Wild ARC’s care, took weeks to fully recover.

The BC SPCA says scraps of food littered on the side of the road can draw out rodents, which in turn draws out birds hunting them for food.

To avoid being in the wrong interaction with an owl or any other nocturnal hunter, the organization says you should make sure that all trash, recyclables, and compost are disposed of properly.

You should also pay attention to wildlife warning signs, as they are usually put up near wildlife collision hot spots, scan the road shoulders for animals, particularly at dawn and dusk, keep an eye out for shining eyes on the side of the road, and do not honk or flash your lights at wildlife as it will only startle them or even cause them to panic and bolt into the road.