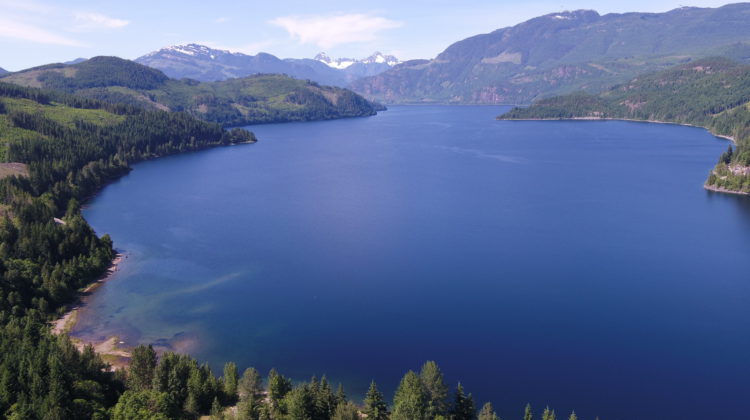 The new Upper Campbell Reservoir Campground, located along the bottom shoreline of this photo, will have great views of the watershed. (Supplied by BC Hydro)

One campground is closing and another is opening west of Campbell River.

The Strathcona Dam Campground is set to permanently close on Nov. 30th.

However, a new replacement site called the Upper Campbell Reservoir Campground should be open by the end of December.

The new site is from a partnership between BC Hydro and Mosaic Forest Management.

“We are really pleased with the new site and seeing it transform into an ideal campground with outstanding views,” says BC Hydro spokesperson, Stephen Watson.

BC Hydro announced in 2018 that the Strathcona Dam Campground, which opened in 1996 and has about 30,000 visitors per year, would be closed.

The rationale was because it was a designated construction zone for the upcoming Strathcona Dam Water Discharge Project, as well as safety concerns, with its immediate proximity to the dam in the event of a severe earthquake.

Watson says BC Hydro looked at a few potential relocation sites, and decided on the new campsite location based on cost, its setback from reservoir operations, potential community support, being close to Hwy 28 and BC Hydro’s facilities at Strathcona Dam, continued free camping, and having attractive and spacious sites with good views.

“It’s a great site with about two-dozen campsites with some overflow parking, trails, three different toilet areas for a total of six toilets, interpretive panels, but most of all, great views looking up the watershed toward the Strathcona Provincial Park,” Watson said.

“We started work at the end of September and the schedule looks to have things complete for the campground opening by the end of December.”

BC Hydro says they consulted with First Nations and stakeholders and government agencies on the new sites and found the former Little America site was the best location.

It was an unauthorised site that was created and subsequently closed down by BC Hydro and TimberWest in 2015.

The new campground is located on BC Hydro and Mosaic lands.

BC Hydro will be building it and will operate it as a Public Use Management Area, identical to how BC Hydro manages the old campground.

The maximum stay is two weeks. Information about the new campground will be updated here.

“Mosaic operates 12 not-for-profit campsites on our lands across Vancouver Island that people can enjoy, and this one, through collaboration with BC Hydro, will be a great addition to our offerings.”

BC Hydro’s Strathcona Dam Water Discharge Project continues to track on schedule with construction, pending approvals over the next few years, beginning in 2024 and lasting for about three years.

To find out more about the project go to www.bchydro.com/crdamsafety or majorprojets.ca, or visit the Campbell River Hydroelectric Facilities Discovery Centre beside the Elk Falls suspension bridge parking lot.