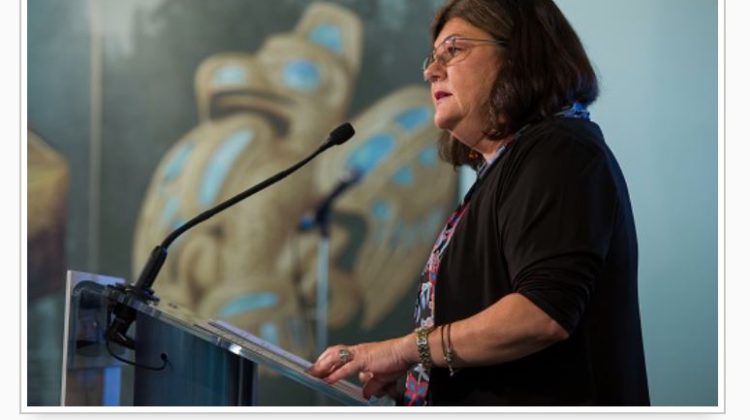 So says Acting Chief Medical Health Officer, Dr. Shannon McDonald, who added that despite vaccine shortages, their rollout is on schedule.

We caught up with McDonald to talk about the plan, and the challenges that lie ahead.

Can you explain the vaccine rollout plan for B.C. First Nations communities?

“When we heard that we were going to be able to provide vaccine directly to our communities, we needed to come up with a strategic rollout plan.

We recognized that some of our communities and community members have more challenges than others for lots of different reasons, but the communities that were most at risk were the remote and isolated communities, because their access to higher levels of acute care was different and challenging, especially in the winter.

And then we also wanted to look at communities that had been experiencing clusters, and make sure that we could support them. So working with our regional teams, we came up with a three-phase list of all 203 communities, prioritized those most remote, and those most affected, and then have been working kind of front the outside in – so from our most remote communities inward.

We’ve also been working with regional health authority partners who have been very generous in partnering with us in providing vaccine to communities that were originally allotted to them. So we have been working very closely with them to be able to move that forward.”

Can you update how the rollout is going?

“Thus far, we have been able to put over 17,000 doses of vaccine into arms in those communities. Those are the first dose and we’ve started second dose, so far 1,200 in communities that got their first doses the last week of December and first week of January.”

Can you speak about First Nations communities on Vancouver Island?

We’ve had a really strong partnership with Island Health. I don’t have the exact number but we’re at about 20 communities on the island that have received vaccine.

Cowichan Tribes has been deeply impacted, with new cases, some people in the hospital, new households affected, and two members dying from complications related to the virus. Has this moved them up in priority?

“They’ve already received some vaccine. I think there were a little over 600 vaccines that were provided to vaccinate elders in that community so they have already had that opportunity. We are working with the (Island) Health authority to see if we can expand that into more of that population. That’s still under discussion.

But it is still absolutely the intention of the First Nations Health Authority to have every First Nations adult in the province who wants a vaccine to get one in this whole process, but of course we’re all being challenged by a lack of available vaccine.

The situation with Cowichan is absolutely tragic but they are not our only losses and we are getting close to 80 First Nations people who have lost their lives in the last year due to COVID. So it’s hard for us to focus all of our attention on one community where there have been losses, however tragic, and really recognizing that the need is much broader.”

“We certainly have individuals who are more susceptible to serious disease. So we know for example that the rates of chronic disease among First Nations is higher than the general population, and that would include respiratory diseases like asthma, or COPD. We have higher rates in heart disease, we have higher rates in kidney disease and diabetes. So those are all significant risk factors for serious disease.

Like everywhere else, if you have been in contact with COVID and you are unlucky enough to have that infection transmitted to you, the healthier you are, the less serious that infection will likely be.

There are lots of different reasons for individuals to be at higher risk but then you look at social determinants of health, especially issues around overcrowded housing, that become very challenging. We see lots of family clusters among the cases among the cases that are reported.”

What is the timeline for the FNHA vaccine rollout?

“The commitment that we’ve been given by the (B.C.)  provincial government, remembering that those commitments were made before the vaccine shortage, was to have all of our First Nations individuals who reside in communities –  so that’s less than half of the First Nations population in the province – would all have the opportunity to be vaccinated by the end of March.

So we’re about halfway there in terms of the numbers that we had set for a goal for February, and that’s only because we haven’t gotten vaccines. So we’re going to have a very busy March as more vaccine becomes available. And now we’re working with the regional health authorities on looking at how the off-reserve, or what we call away-from-home population can be best served in community clinics that are being planned for the rest of the population, as well.

So lots of work yet to do and again, knowing that vaccine is a choice. Our absolutely most important role is giving people the information they need to make the best decision for themselves.”