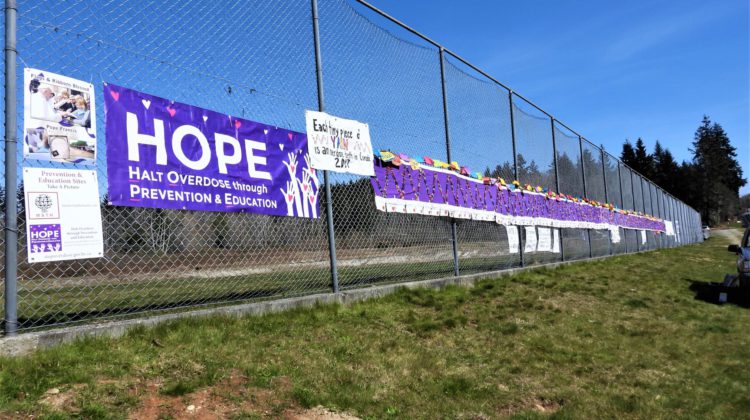 .The "Hope" Display stands for Halt Overdose through Prevention and Education. (Supplied by Darlana Treloar, Facebook)

A Powell River mom who lost her son to fentanyl poisoning nearly five years ago continues to fly the flag of overdose awareness.

Since then, she has advocated tirelessly for harm reduction, safe supply, and education.

With the national Day of Action on the overdose crisis happening next Wednesday, April 14th, Treloar is also spotlighting ‘HOPE.’

“Hope stands for Halt Overdose through Prevention and Education,” she explained. “Because (the) National Day of Action is coming up, and this is the fifth anniversary of a declaration of the B.C. public health emergency on the overdose crisis, we really want to make some noise this year because people are dying more than they were when my son first passed away. It’s like tripled.”

It marked the 11th consecutive month in which the province has recorded more than 100 lives lost.

A total of 329 illicit drug toxicity deaths were reported in the first two months of 2021.

The average of 5.5 lives lost each day makes February the second consecutive month in which the average number of daily deaths was above five.

On April 5th, Tla’amin Sustain and MomsStopTheHarm Members in Powell River put up a ‘HOPE’ display at Tla’amin Nation.

It was made by Judith Conway after she lost her son Matthew in Comox to fentanyl poisoning.

On April 12th, they are going to move the banner to the Powell River General Hospital, where a small group of people will demonstrate at 4:00pm.

“It’s to help people who are grieving because people can come and put a ribbon on this display, they can also write their loved one’s name on a heart,” Treloar said. “We stand for harm reduction, safe supply and decriminalization, but we also want to help our youth and so prevention and education is very important. Right now, our school district is having an election for the school board so I think this is perfect for that.” 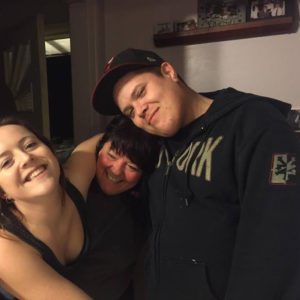 Treloar says having open, honest conversations with your children about drugs and addiction is an important step.

With that in mind, Treloar says we need to teach our kids about the dangers of prescription pills.

“Those are the toxins that started addiction for my son.”

Losing Sean continues to be a daily struggle for Treloar. “I miss him. I wish he was here. I wish I knew more when we were going through it, so that I could have been a lot more supportive for what he was going through. All of this awareness really helped me to be helping other people, because nobody should feel this pain.”

“Safe supply is simply that; it’s a safe supply,” she said. “There are no safe drugs out there, anymore.”

She also has advice for drug users.

“Because of COVID, people are tending to use (illicit drugs) in their homes alone even more. Don’t use alone, have Naloxone, and there’s the Lifeguard App. If you put that on your phone, it will monitor you while you’re using (drugs). If you falter, if you fall, someone will come and save you.”