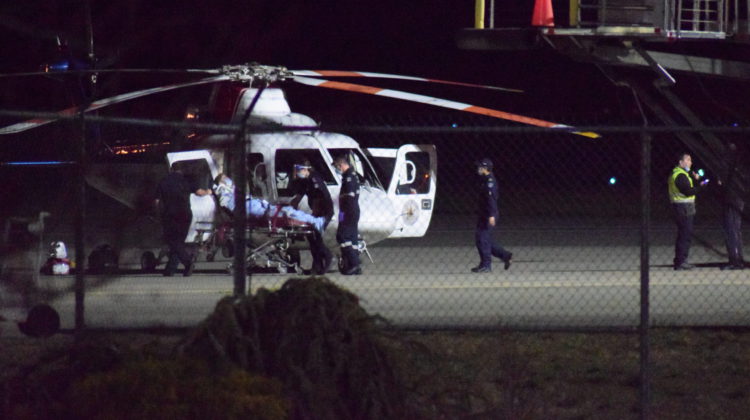 Three teenagers are recovering in hospital after a scary late night incident in the Comox Valley.

Saturday night around 10:30 pm, a call came through to local emergency services and the RCMP for a possible stabbing on Pritchard Road near Highland Secondary school.

According to several social media reports, the area known as the ‘sandpits’ was the site of a party.

The MyComoxValleyNow.com newsroom followed emergency crews as they airlifted some of the teens to nearby hospitals.

We have reached out to both the Comox Valley RCMP and BC Emergency Health Services for more information.

We will have updates when they become available.