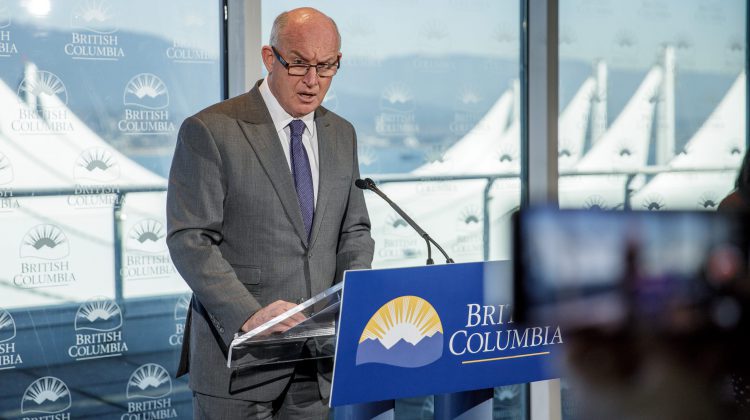 The province is adding a new layer to its non-essential travel ban.

From now until May 25th, there will be counter-attack style, police road checks set up on highway corridors that connect B.C.’s health zones.

If you get stopped at one of them, you could be asked for:

If police believe you’re travelling for a non-essential purpose, they can ask you to turn around and leave the region.

B.C. solicitor general Mike Farnworth says the goal is education, and to discourage people from travelling for non-essential reasons.

If necessary, police have the authority to hand out fines.

If you’re found in contravention of this Emergency Program Act travel order, you could be looking at a $575 ticket.

“The RCMP will deploy a trained, dedicated team to manage and enforce road check locations, and ensure interactions are in line with the intent of the order and all existing police policy and police standards,” the province said in a release.

Farnworth says the only police that will be doing checks will be the provincial RCMP.

He reiterated that “right from the get-go,” the province will be providing extra resources for these checks to take place.

Until after at least after the May long weekend, you aren’t allowed to travel outside your regional zone.

The province says people seem to be getting the message about staying in their own health zone.

During the first weekend of the restrictions, BC Ferries vehicle traffic was down more than 25 percent fleet-wide, and passenger traffic down more than 30 percent, compared to the weekend before.

Resort communities and accommodation businesses have noted significant declines in out-of-region visitors and bookings, and BC Parks has reported more than 5,000 cancellations in the past few weeks.

Farnworth thanked the “vast majority” of B.C.’ers  “who are doing their part.”

“In particular, I want to thank BC Ferries, hotels, and all of our partners in the tourism sector for working closely with us to help their visitors cancel or rebook their reservations.”

Farnworth says the restrictions on non-essential travel “are saving lives, it’s in the best interest of all British Columbians to follow them, and I know most are given the significant drop we’ve seen in out-of-region travel,” said B.C. solicitor general, Mike Farnworth.

“But it is also important that we get enforcement right, and consider concerns raised by the public and incorporate the feedback received from racialized communities. I want to be clear that the intent of this order is not punishment, but rather education around non-essential travel prevention to protect us all from the spread of COVID-19,” he added.

“My hope is that every British Columbian realizes the tremendous progress we can make if we stay close to home, and we can give the heroes in our health-care system a fighting chance at putting the current spike in cases behind us.”

While the travel order puts legal limits only on travel between regional zones, the province says the PHO’s guidance remains unchanged throughout B.C.: everyone should continue to stay within their local community – essential travel only.