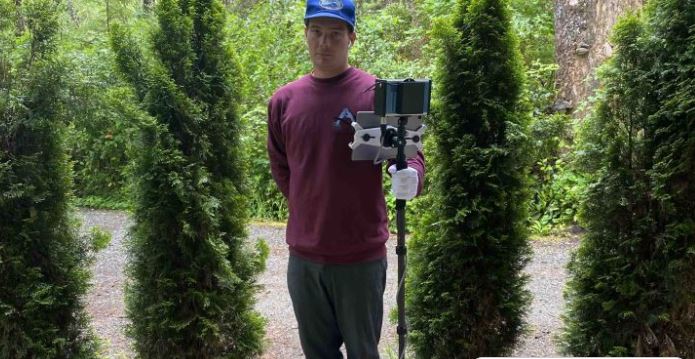 Graeme Martill lives and works in Tofino, and says after hearing the news of the 215 children found at the former Kamloops residential school site, he wants to use his tools to help local first nation groups discover the truth about their past, free of charge.

“I was deeply affected by that because Kamloops is my hometown. I grew up there, I spent my whole life there and it broke my heart to hear that such atrocities happened. So I talked to the engineering students from Goethe University in Frankfurt and they are going to be working with me and volunteering their expertise.”

Martill purchased a bunch of technology a couple months ago to fuel his hobby, which is finding things hidden under the soil, and now he plans to work with the graduates to analyze data collected from the sites he visits to share with local tribes.

So far, multiple first nation groups have reached out to him for his services and Martill says one of the first spots they want to search is The Christie Roman Catholic school, which was on Meares Island, back in 1900.

Martill also says after his Facebook post went viral, he has been getting messages from communities across the country asking him to visit their region, which is something he plans to do if he can get the funding.

“People from all over Canada have reached out to me so hopefully we can raise a little bit of money to cover travel expenses and start in the west and work our way east. We may finally be able to find truth and reconciliation. Let’s talk about that right. Truth. As hurtful and as appalling it might be, we need to uncover these truths so we can move forward collectively, not as just indigenous people or white people but as a collective, together.”

If you want to support Graeme on his journey, a GoFundMe has been set up and can be found here.