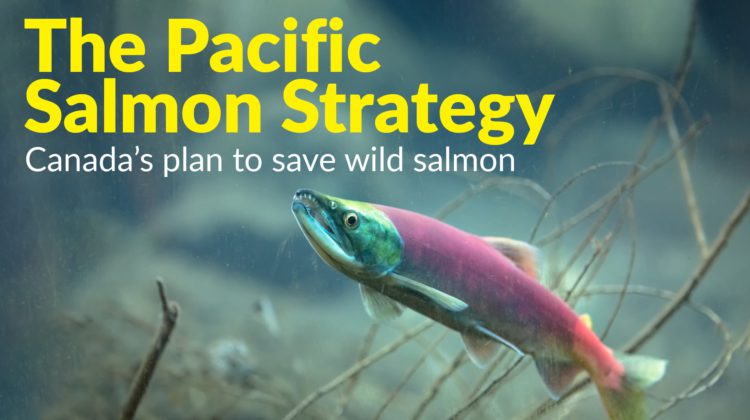 Supplied by the Government of Canada

Fisheries minister Bernadette Jordan calls it the largest, most transformative investment in salmon by any government in history.

The federal Liberals’ $647.1 million Pacific Salmon Strategy Initiative is meant to stop the decline of wild salmon populations, while helping rebuild populations over the long term.

Pacific wild salmon are disappearing. To bring them back, our government is launching a $647 million Pacific Salmon Strategy – the largest, most transformative investment in salmon by any government in history.#SavingSalmon #WorldOceansDay https://t.co/e28Uf04sQs pic.twitter.com/JpeZ23PILj

In the coming months, the DFO promises to invite key partners to the table to identify and prioritize actions to support healthy salmon.

New policies, programs, and actions will include input from a range of Indigenous partners, harvesters, recreational fishers, stakeholders, and communities who depend on Pacific salmon.

Pacific salmon have seen huge declines due to a combination of climate, habitat and harvesting pressures, according to the feds.

In 2019, Fisheries and Oceans Canada’s (DFO) State of Pacific Salmon report outlined how salmon are responding to climate and habitat changes.

The past five years have been the warmest on record and warming oceans have created changes to the marine food web as well as warmer freshwater conditions, and more extreme rain and drought. These are factoring into current trends in salmon numbers.

Many Pacific salmon stocks are declining to historic lows. 50 Pacific salmon populations are currently under consideration for potential listing under the Species at Risk Act, or pending assessment by the Committee on the Status of Endangered Wildlife.

“Many Pacific wild salmon are on the verge of collapse, and we need to take bold, ambitious action now if we are to reverse the trend and give them a fighting chance at survival,” Jordan said.

“We will be working closely with Indigenous communities, harvesters, recreational fishers, industry, environmental organizations, and Provincial and Territorial partners, to advance actions under each pillar, to stabilize the species, and to support a more modern, sustainable, and economically resilient sector.”