‘We have to do something to stop this’: North Island to rally for old-growth forests 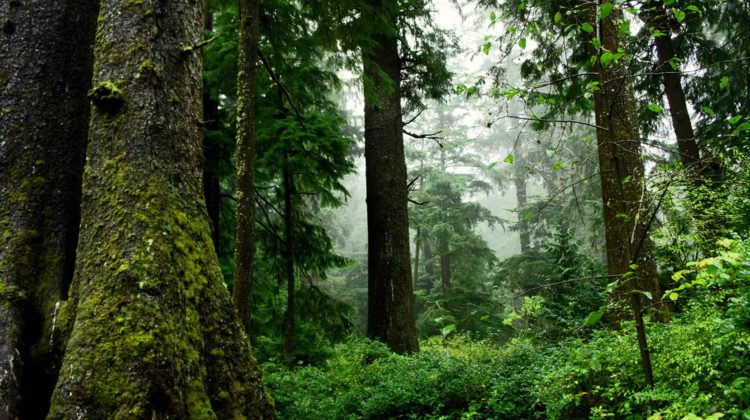 Tomorrow (June 10th), organizer Stand.earth says old-growth supporters across the province will gather in their respective ridings and host a creative protest outside their MLA’s office.

On the North Island, participants will gather at 11:30 am by Logger Mike in downtown Campbell River – before walking to MLA Michelle Babchuk’s office on the Old Island Highway.

“We’re planning a rally and how interesting is this… under Logger Mike,” rally spokesperson Geraldine Kenny tells My Campbell River Now.

Kenny moved to Campbell River sometime in the 80s: “It was a logging community and the Salmon Capital of the World,” she explains. “Well we’ve fished it, and we’ve logged it.”

The fight for old-growth forests in B.C. has been going on for decades, Kenny notes. She says the “mismanagement of our forests is something British Columbians shouldn’t be proud of.”

“We are losing so many species of plants and animal life. We have to do something to stop this,” Kenny says. “We’re in the midst of a climate change challenge, and leaving old-growth trees standing and their biological communities is our best insurance against wildfires and against climate change.”

She says it’s imperative we stop the eradication of these ancient forests: “Our concerns are that old-growth logging should be deferred immediately, and also immediately negotiations have to begin in good faith with First Nations.”

With this in mind, Stand.earth says supporters are calling on the government to fulfill its promise and implement immediate deferrals for 1.3 million hectares of at-risk old-growth.

More details about the rallies happening on Vancouver Island:

Where: Meet at Logger Mike, then walk to 908 Island Highway, Campbell River

Where: #104-1497 Admirals Road in Admirals Walk Shopping Centre (next to the Pet Shop and Dry-cleaners) – Victoria

Where: #112-50 Tenth Street (Southgate Mall next to the credit union), Nanaimo