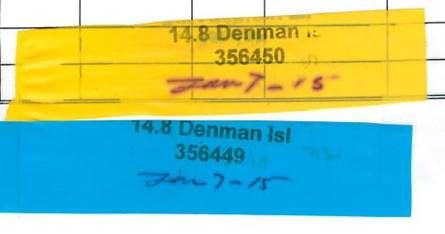 An on-site investigation and audit of paperwork by fishery officers from DFO’s Conservation and Protection Aquaculture Unit led to a guilty plea and fines for Keith Chui, who co-owns an area aquaculture licence.

In a release, the DFO says shellfish aquaculture in B.C. is an important industry to the provincial economy, accounting for an approximate landed value of $20 to 25 million annually, “with the majority of shellfish culturing locations concentrated along the southern coast.”

DFO is the lead regulatory authority for aquaculture operations, working with other governmental agencies that oversee aspects like food safety and water quality.

Together, they manage the B.C. Shellfish Integrated Management of Aquaculture Plan to ensure that shellfish aquaculture in B.C. operates sustainably, with minimal damage to fish and fish habitat, and in accordance with Canada’s International Treaties.

“DFO has a mandate to protect and conserve marine resources and to prosecute offenders under the Fisheries Act,” the DFO continued.

“It ensures and promotes compliance with the Act and other laws and regulations through a combination of land, air, and sea patrols, as well as education and awareness activities.”