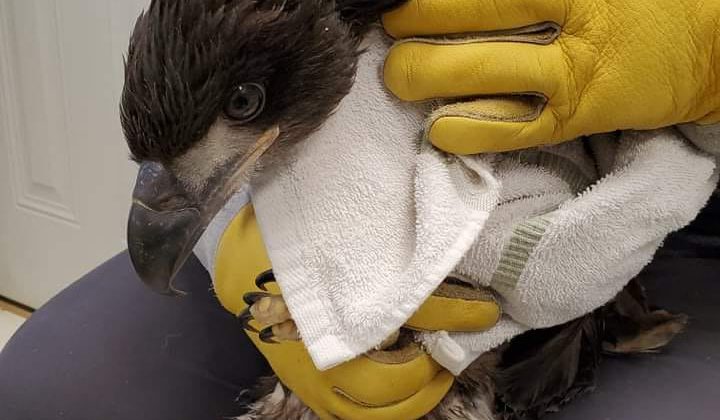 If you have salmon to spare, the MARS Wildlife Rescue Centre could surely use some.

The Merville centre needs salmon donations to feed an unusually large number of eagles in its care.

They have 11 juveniles and five adults and as of Sunday, had used up pretty much the last salmon in their freezer.

Manager of Wildlife Rehabilitation, Gylaine Andersen, says a lot of the eagles were brought in during the historic heatwave in late June.

“They were jumping out of the nest too early, they weren’t ready to fledge from the nest and then it wasn’t a situation where we could easily re-nest them, so we got several during that heat wave,” Andersen said.

Andersen says they’ve gone through their entire salmon freezer in just a couple of weeks, so they’re going to need a steady supply: “Right now, we’ve had half a freezer full donated, but we’re using quite a bit of that already, so I would say we’re going to need a full freezer.”

Staff will remove any freezer burned parts because they aren’t very nutritious for the birds, but they will take salmon that has been sitting in the freezer for a while.

In general, the centre’s hospital has seen a huge increase in patients. There are 223 animals currently in care, which is unusually high for this time of year.

“Usually we see 150 or so patients at this time of year, so we have a high number of patients and then we have a higher number of eagles, and we really need to have the food and the resources to feed them and keep everybody happy and growing,” Andersen said.

Donations can be dropped off at the wildlife hospital, 1331 Williams Beach Road in Merville.