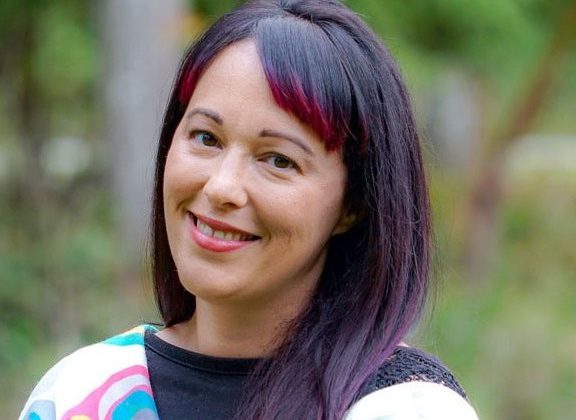 It’s almost election day. In the leadup to Monday, Sept. 20th, our newsroom is speaking with local candidates.

We touched on three hot button issues: housing affordability, COVID pandemic recovery, short and long-term action on climate change, and one other topic they may have as a campaign priority.

According to Grenz, it’s her first time running in an election. The mother of three resides in Parksville where she runs Greener This Side, an invasive species management, ecological restoration, and food security planning company.

When speaking with Vista Radio, Grenz said she finds her party has already ushered Canada through some of the worst of the COVID-19 pandemic.

She also touched on the Liberal’s plan to address housing affordability by building and repairing more homes, and their commitment to addressing climate change.

Pacific salmon is a big campaign priority for Grenz, so she’s excited for her party’s Pacific Salmon Strategy, which she said will benefit both people and salmon.

If elected, what would the Liberal Party do to address housing affordability?

GRENZ: “Having worked across the whole riding for my work in ecological restoration, I’ve worked with so many different people from different industries and have gotten to know so many locals long before I ever decided to run,” Grenz said.

“I’ve listened to all of the struggles around housing which can differ across such a vast riding like ours.”

She continued, “I think that the Liberal platform definitely provides solutions to some of those issues, in terms of building more homes and building more tools for local governments to be able to speed up construction, repairing affordable homes, and being able to have multi-generations live together. They’re all really important things.”

“As well, I think it’s great to see that the Liberals have promised to crack down on speculation and house flipping. We live in one of the most beautiful places in Canada and it looks like a good place to have a vacation home. This can be great for our economy but displaces the people here. I think that’s also something that needs more of a local champion and local voice to really understand the impact of that and how you navigate around it.”

What is the Liberal Party’s view on how to handle the COVID pandemic?

GRENZ: “I think that I have a somewhat unique perspective in terms of COVID-19 impacts. As someone who teaches university students, I know what it’s like to have a family and have a job and deal with COVID-19 recovery,” Grenz said.

“I think we’re very fortunate. I think the liberal government has already ushered us through some of the worst of it. We already know that in B.C., 100 per cent of jobs have been recovered post-pandemic, which is amazing. But we’re in a place now where COVID really put a magnifying glass on where there are systemic issues within our community is in terms of building, thriving, and resilient communities. I think that in communities such as ours, COVID was the final gut punch in losing things like international tourism.”

Grenz continued, “Again, I think it’s about getting a local voice in there to help with finishing the fight in healing, while we also continue working on supporting things like vaccine rollout and investing in rebuilding domestic vaccine manufacturing capacity. We also need to continue championing the work to create safer indoor spaces, which is the commitment of the government as well.”

What would the Liberal Party do to mitigate climate change?

GRENZ: “My life’s work has been dedicated to healing our land and waters. In my own work, I’m living and breathing the impacts of climate change all the time,” Grenz said.

“I am proud to be running for the Liberal Party because of their record on climate and their commitment to addressing climate. I think the Liberal Party understands that climate comes first and that we need to be creating programs that help other concerns of Canadians while addressing climate, and that those plans are realistic and can actually get the action that we need.”

Finally, is there one topic that you would like to talk about?

GRENZ: “A huge campaign priority for me is pacific salmon,” Grenz said. “I’ve been working on salmon habitat restoration for almost 20 years. Salmon are my ‘why’ in terms of being an ecologist.”

She continued, “I worked through the impacts of the Conservative government previously in terms of its gutting DFO and protections of water.”

“For me, championing salmon is one of my biggest priorities because salmon don’t just represent healthy ecosystems, this is all about climate adaptation to help the salmon out. Climate change is happening faster than they can adopt. Our communities are so reliant upon salmon, whether it’s tourism, whether it’s food security, whether it’s the rights of Indigenous communities living around the area to be able to harvest traditional foods.”

Grenz added, “I’m very excited by the $647-million dollar investment announced by the Liberals for the Pacific Salmon Strategy. There’s so much potential for jobs in hatcheries and jobs in habitat restoration. It’s all things that could benefit local people while also benefiting salmon.”