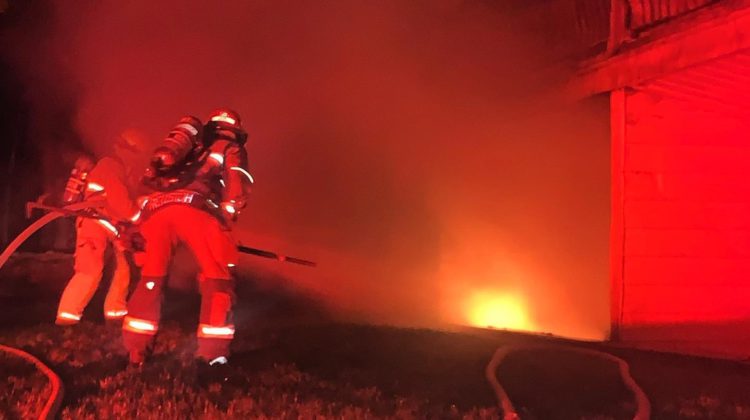 A quick response by Port Hardy fire crews stopped a blaze from causing any further damage to a local apartment building.

This past Wednesday (Oct. 6) just after 11:30 pm, fire chief Brent Borg says firefighters were called out to the structure fire just as it was ravaging a single unit.

“We got on scene and found a balcony quite involved in fire. We did a rapid attack on it and were able to knock it down and got the building evacuated. It didn’t spread any farther than that,” Borg told My Triport Now.

In all, crews were on scene for around two hours completing overhaul and full extinguishment. In a Facebook post, Port Hardy Fire Rescue said the damage was limited mostly to the exterior of the unit, which was vacant at the time.

The cause of the fire is now under investigation and anyone with information is asked to call police. The Port Hardy RCMP can be reached at (250) 949-6335.

Meanwhile, crews with Port Hardy Fire Rescue are keeping busy dealing with high call volumes, and it’s prompting them to put out a plea for more volunteers.

In fact, at the current pace, the local fire department is set to reach or exceed a volume of 250 calls this year. According to Port Hardy Fire, that’s actually a record-high, and it’s already a 30 per cent increase when compared to all calls received in 2020.

“This increase is in addition to weekly training to improve skills, hall duties to maintain trucks and equipment, weekend training to grow and develop, and many community events to support our small-town vibe,” crews say.

In an effort to maintain the growing workload and the town’s protective emergency services, Port Hardy Fire is currently recruiting a new batch of volunteers. Find more details here.