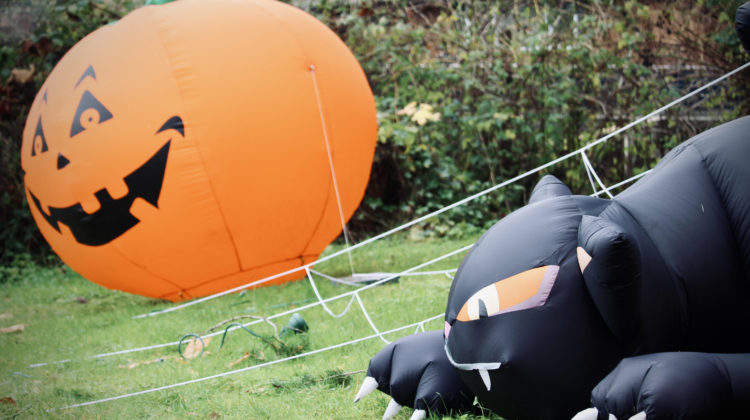 Each Halloween season, ‘mega displays’ are becoming the new norm, BC Hydro says.

In fact, latest research points to festive lights and blow-up decorations as no longer limited to just the holiday season.

The BC Hydro survey found almost a quarter of BCers now decorate about the same amount for both Halloween and Christmas – with almost ten per cent decorating more for Halloween.

“Much like during the holidays, about a quarter will be using electronic Halloween decorations this year,” BC Hydro says, “including outdoor lights (13 per cent), electronic jack-o-lanterns (13 per cent), and plug-in inflatables (five per cent).”

However, of those using electronic decorations, 20 per cent will use multiple plug-ins, which can actually up their electricity bill, the company explains.

According to BC Hydro, BCers can save this Halloween by doing the following:

SEE MORE: ‘Our biggest one ever’: Haunted house stirring up scares in Campbell River