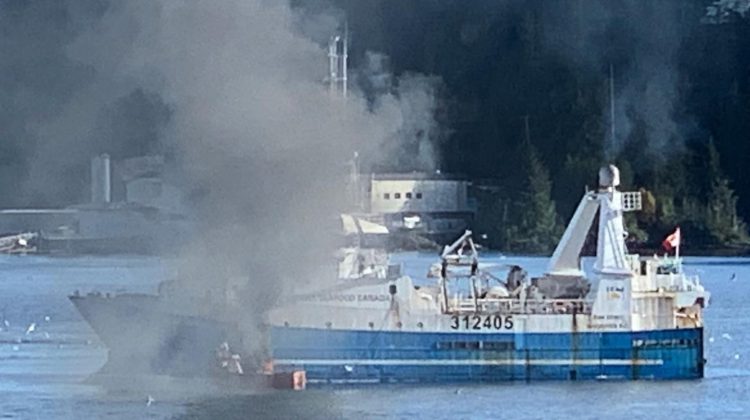 Quick action by the Canadian Coast Guard stopped a blaze from ravaging a small fishing boat in Hardy Bay.

According to Brian Salisbury with Marine Search and Rescue, the call came in at 12:30 pm yesterday (Thursday), with Coast Guard crews able to knock the fire down and rescue passengers.

Salisbury says multiple vessels responded to find two people on board, who were then transferred over to another boat and brought to safety.

Reports point to the small boat belonging to a bigger boat called The Blue Dragger, and in a Facebook post, Port Hardy Fire Rescue (PHFR) said the flames were “highly visible.”

It’s noted local firefighters don’t conduct water-based shipboard firefighting, so once everything was brought under control by the Coast Guard, the boat was docked for full overhaul and extinguishment by PHFR.

“Great work by everyone involved in the operation,” the fire department added.