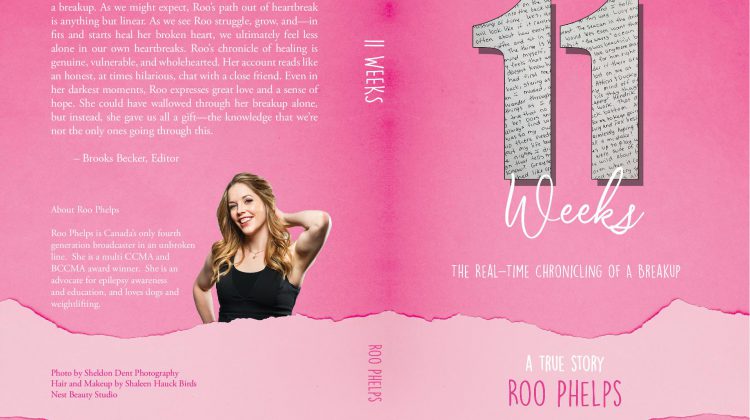 Phelps was born and raised in Courtenay.

Her family owned and operated a number of radio stations across Vancouver Island, including what’s now known as 98.9 the Goat FM.

Following a long career in broadcasting, Phelps has transitioned into writing.

Her debut book, ‘11 Weeks – The Real-Time Chronicling of a Breakup’, has been designated a best seller on Amazon, and made the ‘Hot New Release’ list.

It’s also been listed at number one in the Divorce, and Humor and Entertainment categories, and the Love, Sex and Marriage Humor category.

“The book was born out of the concept that a group of psychologists determined that the average length of time it takes to heal from a broken heart is 11 weeks,” Phelps said.

She said that she came across that information shortly after the end of an important relationship.

“At the time, I had started writing a fiction novel and I really wasn’t getting anywhere with it,” she said.

“When I read this study about 11 weeks being the time it takes the heart to heal, it just started pouring out of me, and essentially the diary of my 11 weeks of healing, or attempting to heal, was born.”

Phelps said she is “absolutely astounded” at the book’s success and the positive reviews it has received.

“I wrote this book on my back porch of my tiny little farmhouse property in the middle of nowhere, not really ever fully believing that anyone was going to read it,” she said.

“I just decided early on to put (her) truth out there and see where it goes. The fact that within a week it’s been designated a best seller in several categories…it’s just been mind-blowing…I’m very, very appreciative of everyone who spent their money to check it out.”

“I think that’s going to be the attempt at the new career, moving away from broadcasting and towards being an author. We’ll see if I can make a go at it,” she said with a laugh.